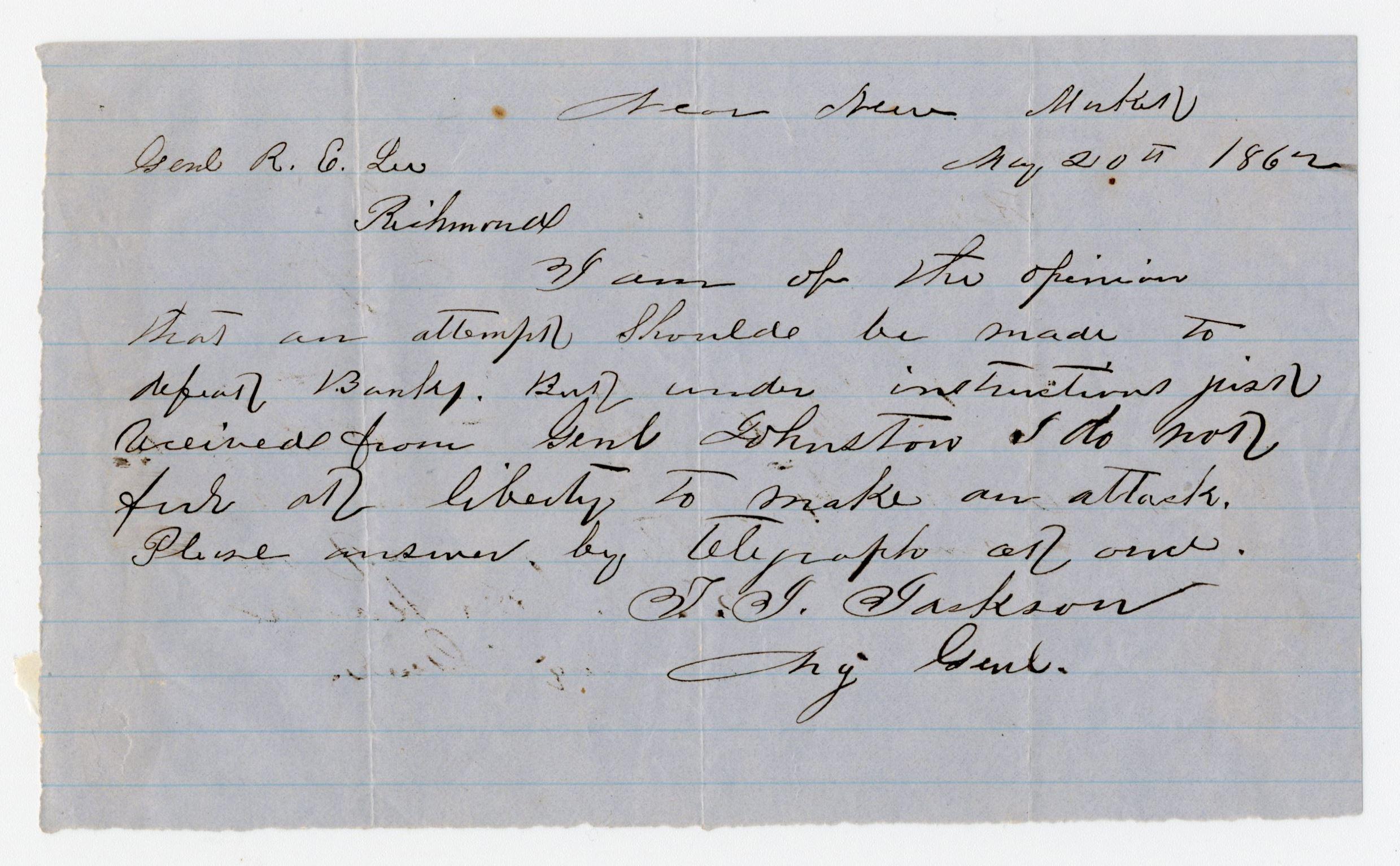 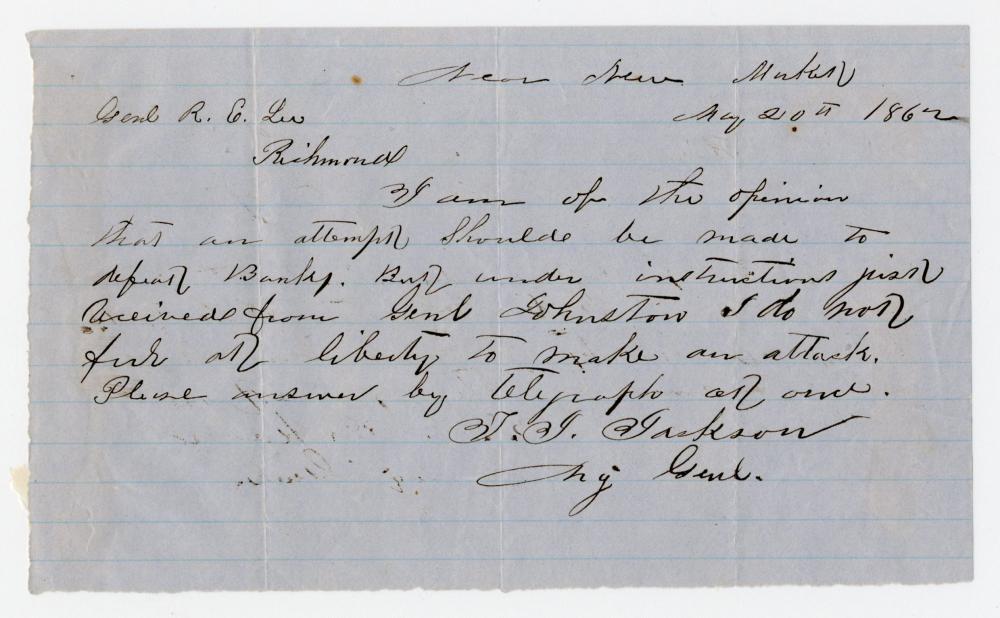 A contemporary fair copy of a letter drafted by Confederate Major General Thomas J. "Stonewall" Jackson (1824-1863), perhaps the working draft of a telegraph which Jackson sent Robert E. Lee on the same day asking for clarification on a military objective. The letter written "Near New Market V[irginia]" on May 20, 1862 is signed (not by Jackson) as "T.J. Jackson / Maj Genl" at bottom. Written on a piece of pale blue blue-ruled paper. Isolated minor ink bleed-through and a small area of damage at lower left corresponding to previous mounting. Unevenly torn at bottom. Else near fine. 7.75" x 4.625." Ex-Kenneth Rendell. If a real autograph letter signed by Stonewall Jackson, this would easily be worth $50,000.

Jackson's Valley Campaign, also called the Shenandoah Valley Campaign, was a series of minor battles fought in northern Virginia between March and June 1862. During the Campaign, Jackson's force of 17,000 Confederates faced off against three separate Union armies totaling over 50,000 soldiers. Except for the Battle of Kernstown on March 23, 1862--which indeed was the only defeat in Jackson's military career--the Campaign was a major Confederate success.

In March 1862, Jackson's Stonewall Brigade had been incorporated into the Confederate Army of Northern Virginia, then commanded by General Joseph E. Johnston (1807-1891). In May 1862, General Johnston had ordered a Confederate retreat from the Shenandoah Valley, as troops were needed in Richmond in advance of an anticipated Union attack. Jackson thought that he should stay in northern Virginia and continue to harass corps commander Nathaniel P. Banks (1816-1894), then attached to the Union Army of the Potomac.

Jackson urgently telegraphed Robert E. Lee (1807-1870), then serving as military adviser to Confederate President Jefferson Davis, to reverse Johnston's order. This letter draft is possibly the only example of this communication which exists--was it used by the telegraph operator to transmit Jackson's message? Lee convinced Davis to countermand Johnston's orders, and Jackson was able to launch a Confederate attack at the Battle of Front Royal three days later, on May 23, 1862.

I am of the opinion that an attempt should be made to defeat Banks. But under instructions just received from Genl Johnson I do not feel at liberty to make an attack. Please answer by telegraph at once.

General Joseph E. Johnston had frequently clashed with President Davis over military matters. After Johnston was wounded at the Battle of Seven Pines less than two weeks later, in late May 1862, Robert E. Lee took over his command.