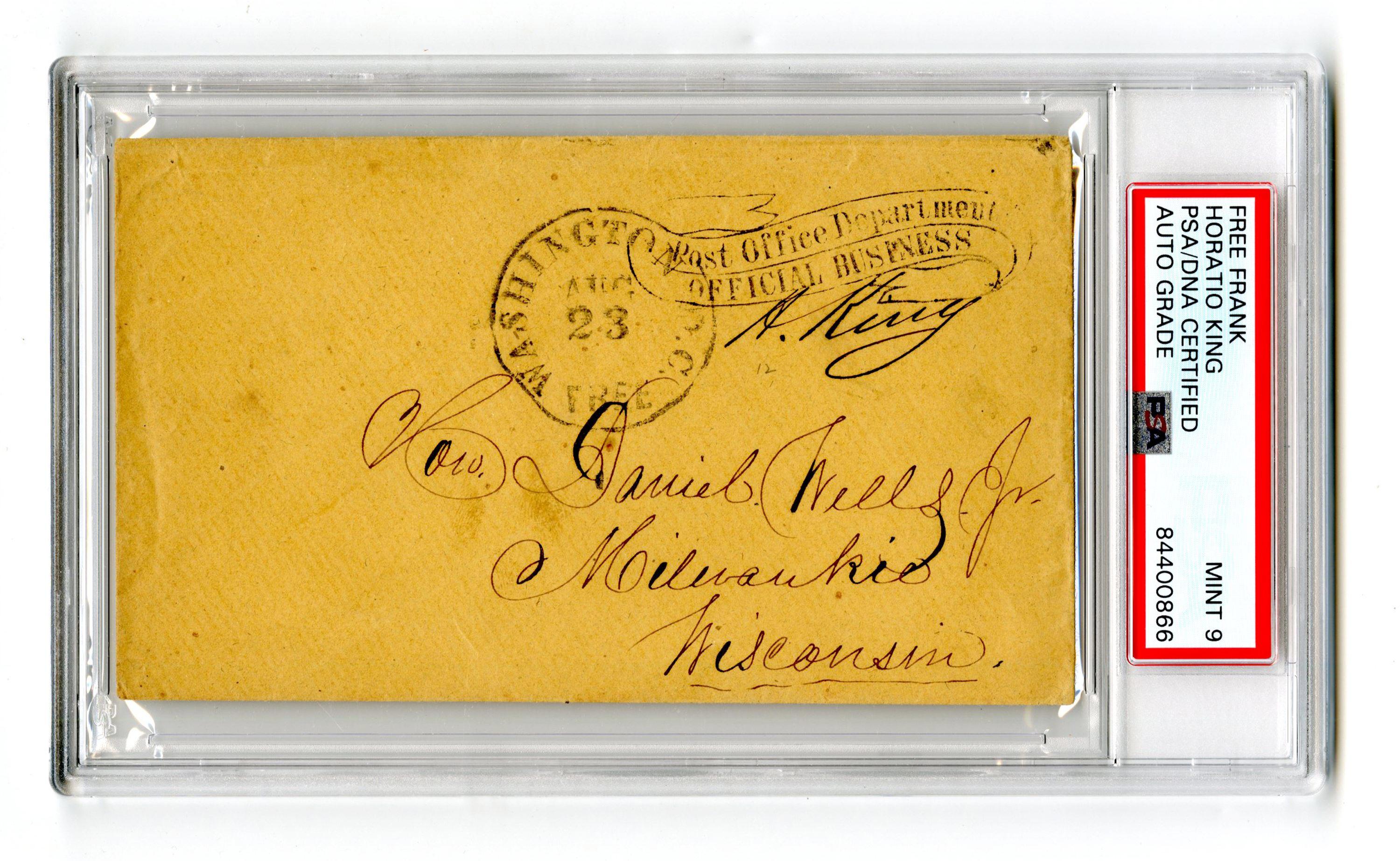 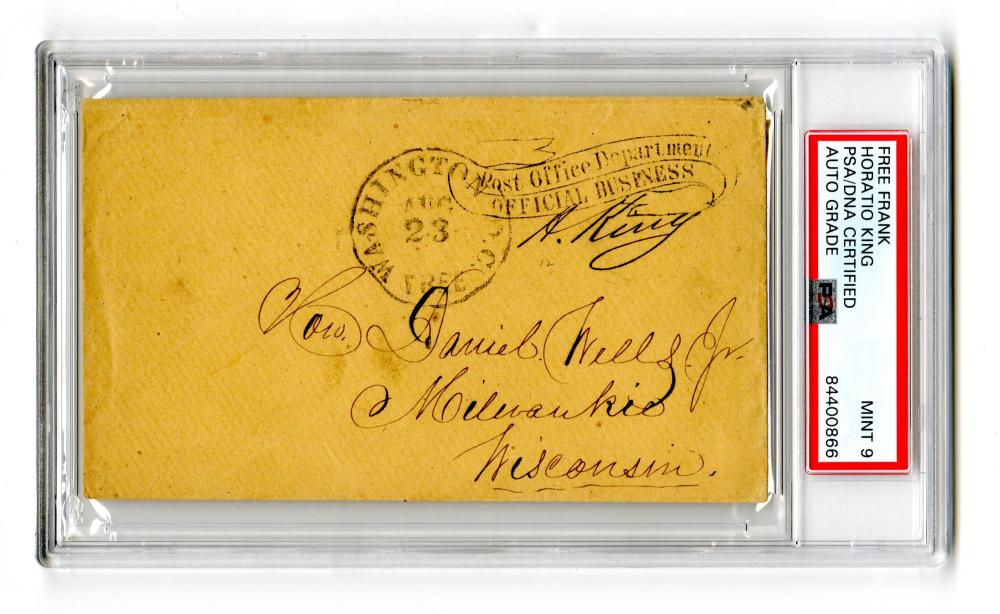 An envelope measuring 5.25" x 3.25", Washington, D.C., dated August 23, [no year]. Signed "H.King" at the upper right corner and addressed to Hon. Daniel Wells Jr. With a black circular datestamp of "Aug 23 [n.y.]. The envelope has printed on it "Post Office Department/Official Business." With minor soiling and foxing throughout. Boldly signed. Encapsulated and PSA/DNA graded MINT 9. The slab measures 7.25" x 4.25".

Horatio King (1811-1897) was appointed Postmaster General of the United States by President James Buchanan. He served less than a month, from February 12 to March 5, and later served on a board of commissioners for the execution of the emancipation law during the Civil War.