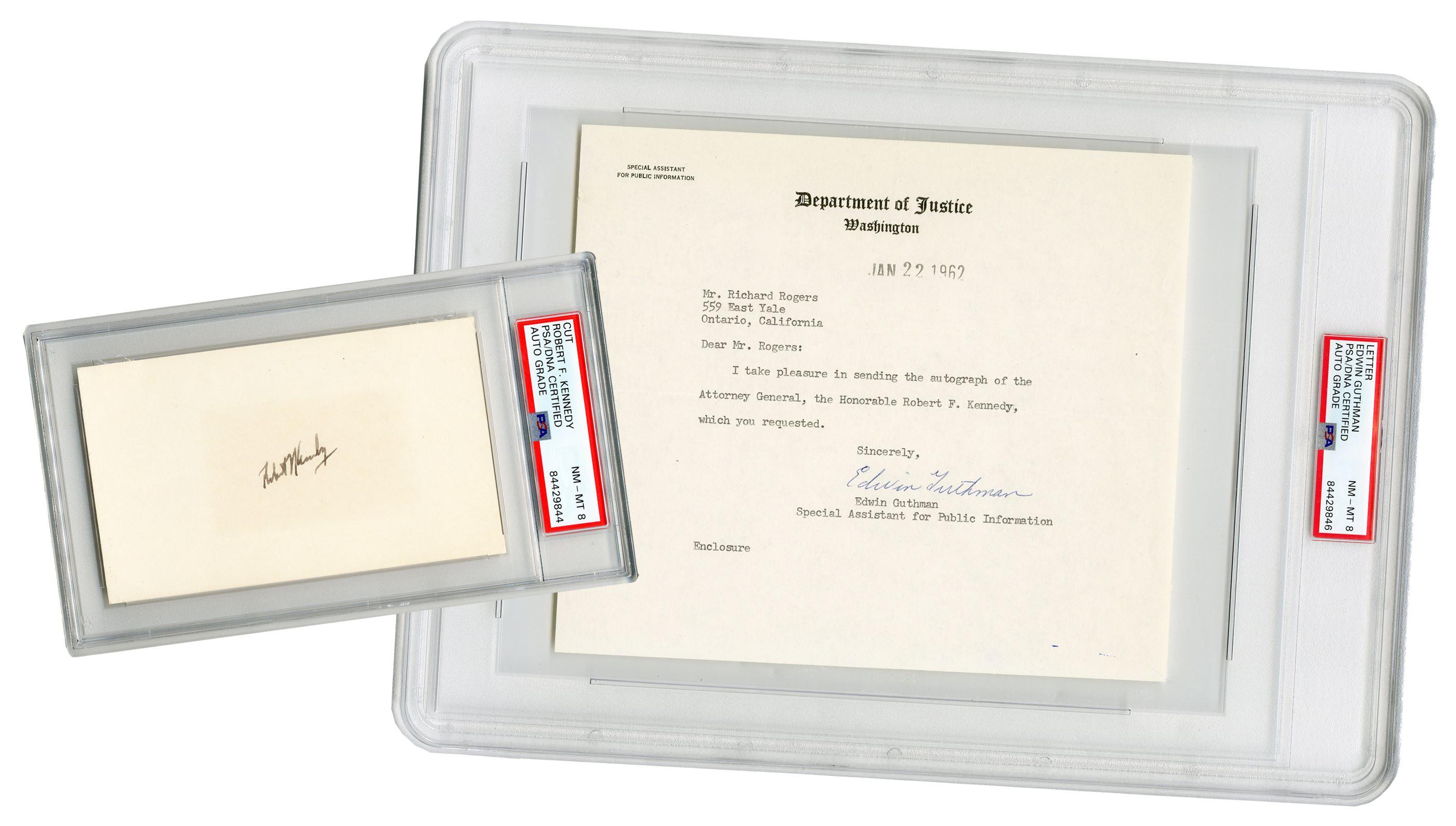 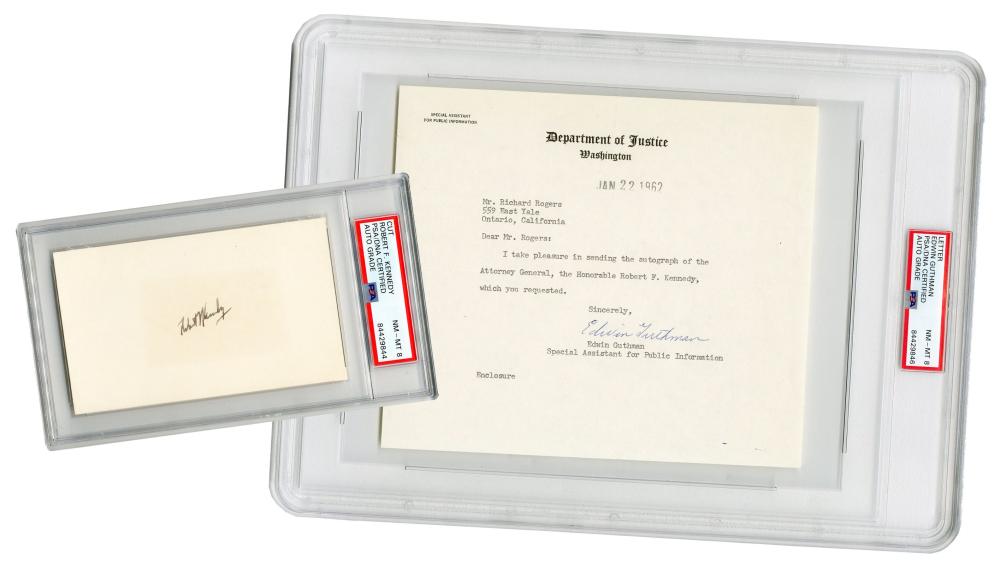 Two items including a card signed by U.S. Attorney General Robert F. Kennedy (1925-1968), as "Robert F Kennedy," and a contemporary typed letter of provenance signed by RFK's press secretary Edwin O. Guthman (1919-2008), as "Edwin Guthman." Both pieces are encapsulated and each is PSA/DNA graded NM-MT 8.

The lot is comprised of:

2. A typed half sheet on "Department of Justice / Washington" letterhead dated January 22, 1962, signed by Edwin Guthman as "Edwin Guthman" at lower right, in his role as Special Assistant for Public Information. In part: "I take pleasure in sending the autograph of the Attorney General, the Honorable Robert F. Kennedy…" Expected wear, else near fine. The paper sheet measures 8" x 7." The slab measures 13.125" x 9.75."

Robert F. Kennedy served as 64th U.S. Attorney between January 1961 and September 1964, during the John F. Kennedy and Johnson administrations. Guthman served in a press relations capacity for RFK during the former's attorney generalship and also as U.S. Senator from New York.