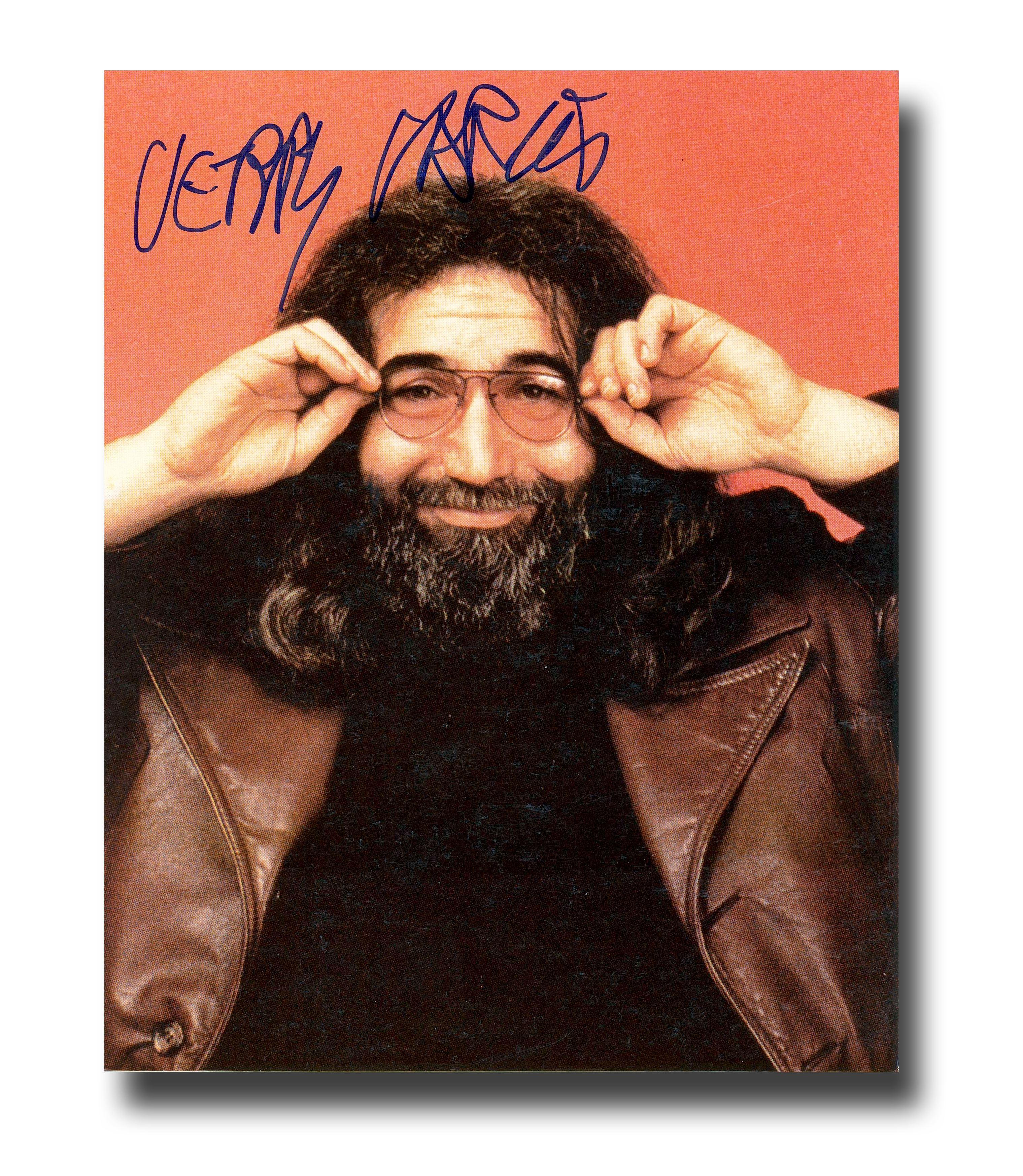 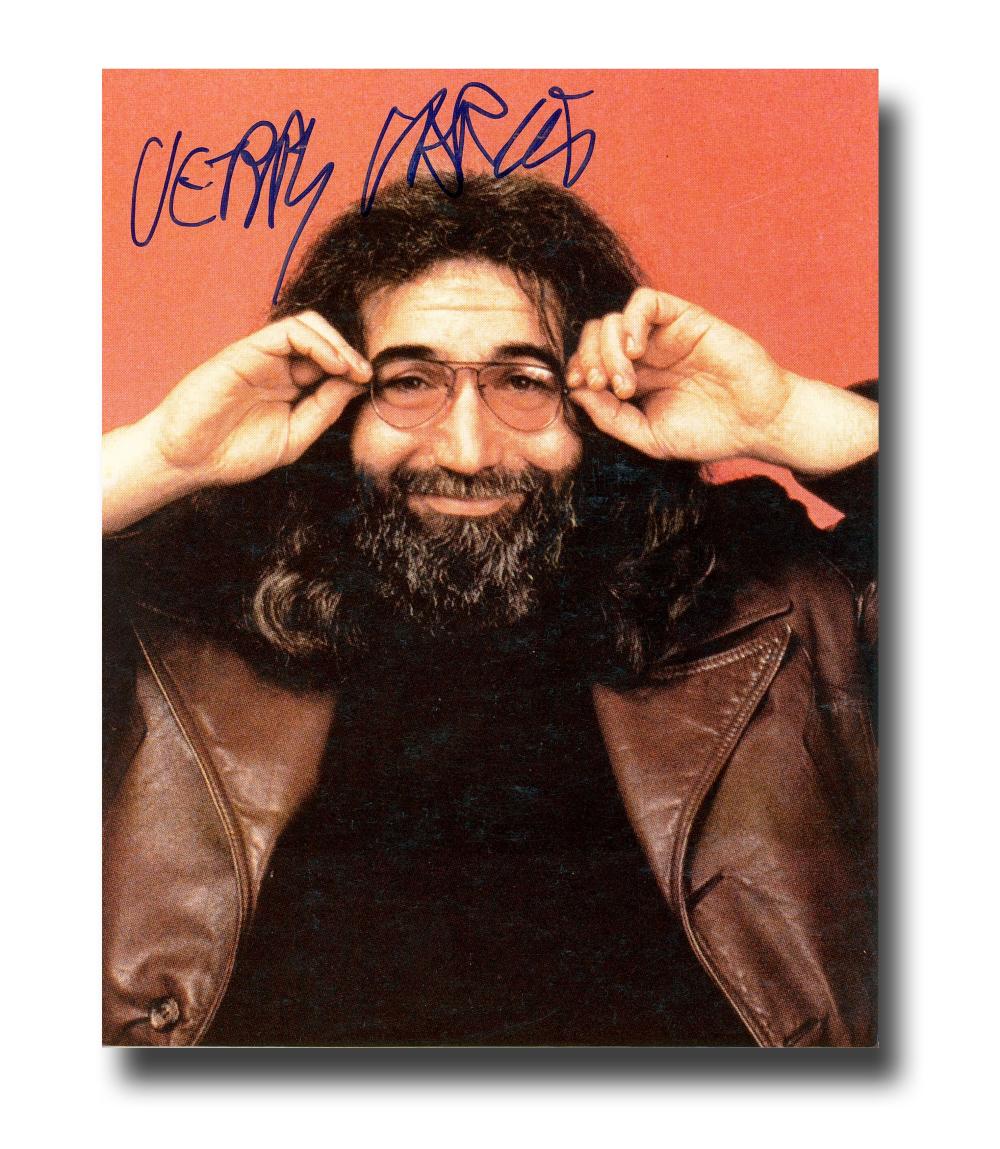 Scarce playful photo of Jerry Garcia, best known for being a principal songwriter, lead guitarist, and vocalist for the rock band Grateful Dead, with exceptional provenance from the premier in-person autograph source, John Brennan, who is pictured here during one of his many meetings with Garcia.

Provenance: In-person autograph pioneer, John Brennan, collected on the streets of New York City and Los Angeles for over 40 years. From a small town in Connecticut, to his mainstay electric streets of the Big Apple, Brennan amassed an unprecedented assemblage of entertainment and music autographs. Brennan and his Nirvana albums were featured on Pawn Stars in 2020, and his collection has been chronicled by, among others, Goldmine and Classic Rock Magazines. His thousands of candid photos with celebrities speak volumes of Brennan’s experience through four decades of collecting.