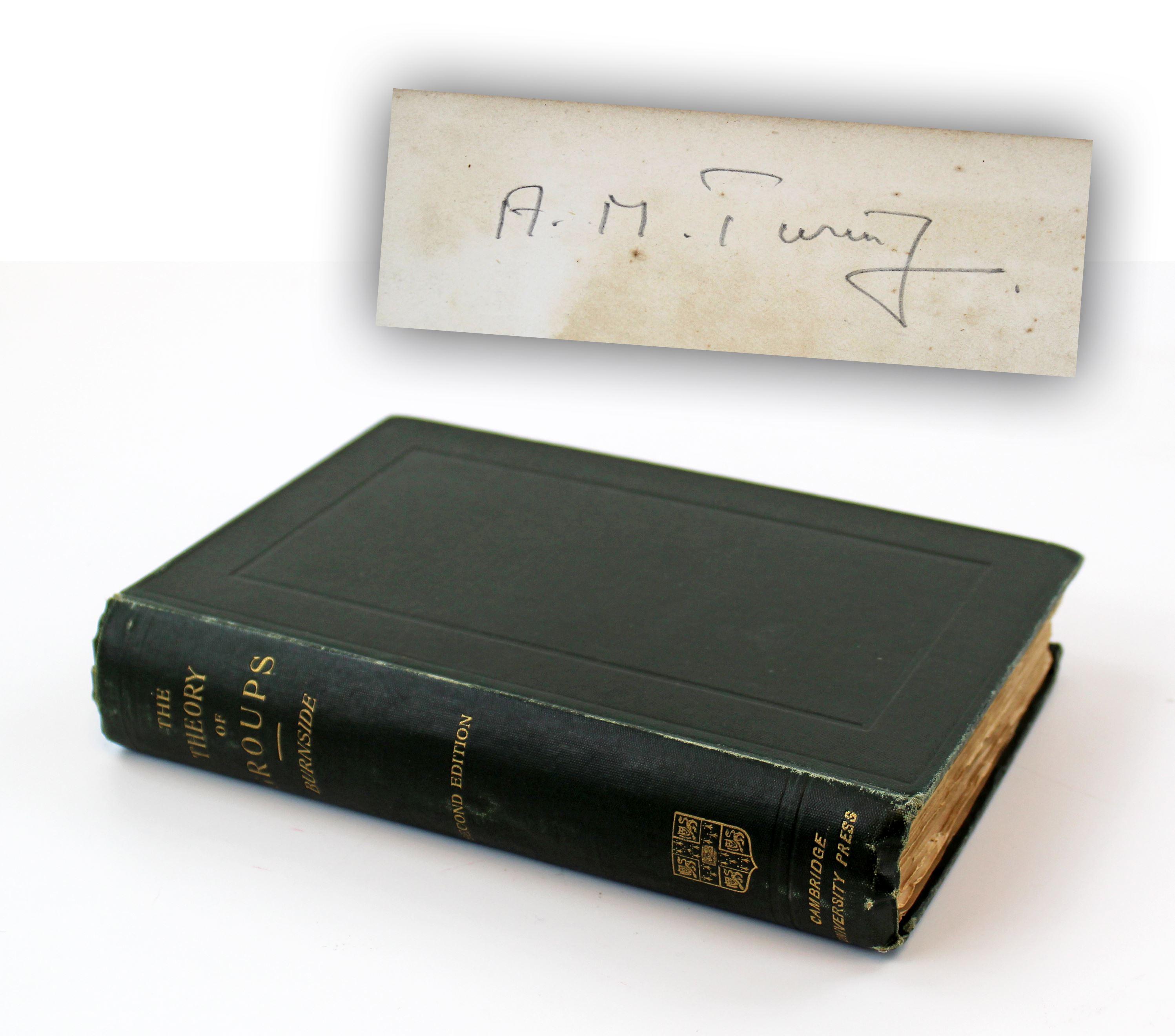 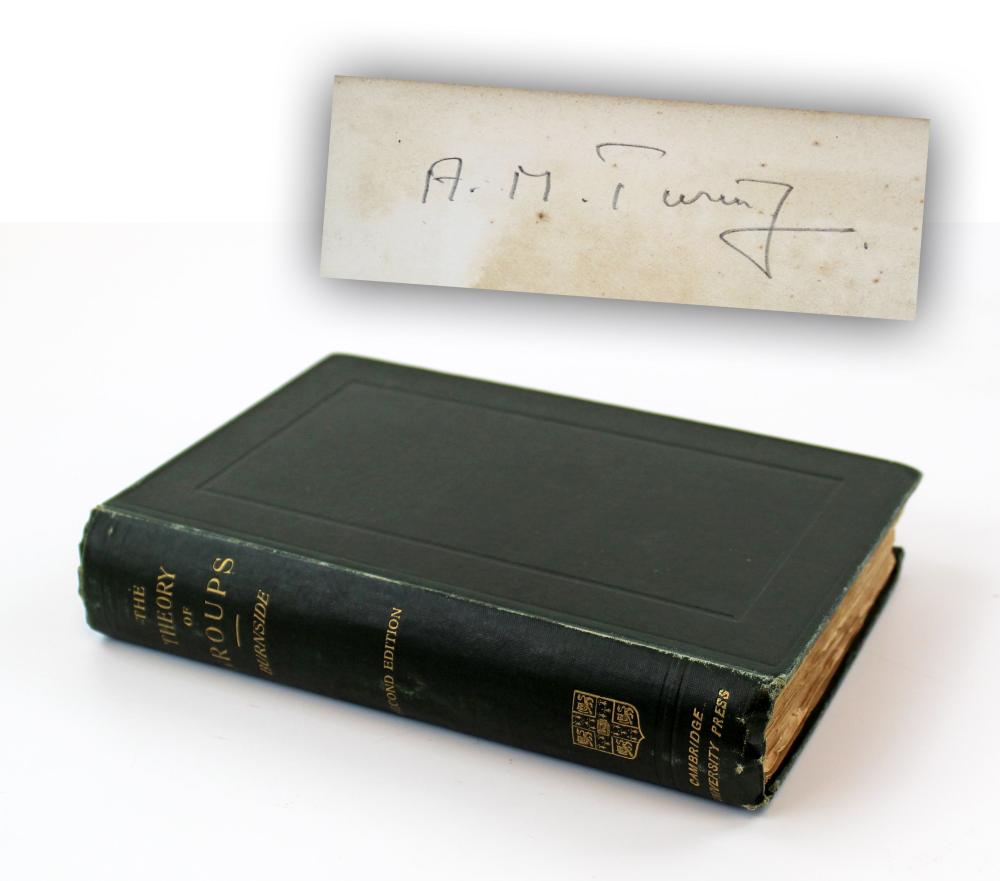 Signed copy of "The Theory of Groups of Finite Order" by W. Burnside, M.A., F.R.S. Cambridge: University Press, 1911. Second Edition. Octavo, xxiv, 512pp. Signed in pencil at the top of the front free endpaper "A.M. Turing." The volume has green cloth-covered boards and gilt lettering at the spine. Mathematical equations throughout. The book has bumped edges and corners, expected shelf wear. Toned pages and chipping at the edges. Some foxing to the signed page, but with a clear, legible signature.

A HIGHLY IMPORTANT BOOK FROM ALAN TURING’S LIBRARY: The foundational text of modern Group Theory, an area of mathematics of central relevance to Turing’s life work. Turing’s first published work (1935, written at the prompting of his mentor, Philip Hall) was in fact a group-theoretical paper advancing a theorem originally made by Von Neumann, and the only papers he ever published on pure mathematics proper. (as distinguished from his work with computers, logic, and coding) – 2 articles published in 1938 -- both dealt with mathematical group theory. Group theory also has deep applications within computer science – particularly in the areas of complexity theory and algebraic combinatorics. Turing explicitly investigated such group-related areas of mathematical computation in one of his final computer publications “The word problem in semi-groups with cancellation.” Group theory is also a key instrument used to break codes, and Turing’s expertise in the subject undoubtedly contributed to his success in cracking the encryption technique used by the Germans during World War II with their Enigma machines. The man to whom Turing gifted this book – Philip Hall -- was himself one of the most distinguished group theorists of the 20th century.

Alan Mathison Turing (1912-1954) is widely considered to be one of our greatest scientific minds and the father of theoretical computer science and artificial intelligence. Born in London, Turing studied at King's College, Cambridge, and graduated in 1934 with a degree in mathematics; He subsequently did graduate at Princeton, working closely with John Von Neumann. In 1936, he published his famous breakthrough paper on the Turing Machine, “On Computable Numbers”, which mathematically described a universal computer. Turing is also famous for his work breaking the ciphers of the German “Enigma” machines, an achievement that helped turned the tide of the war and saved millions of lives.