Back to catalog
Lot 75 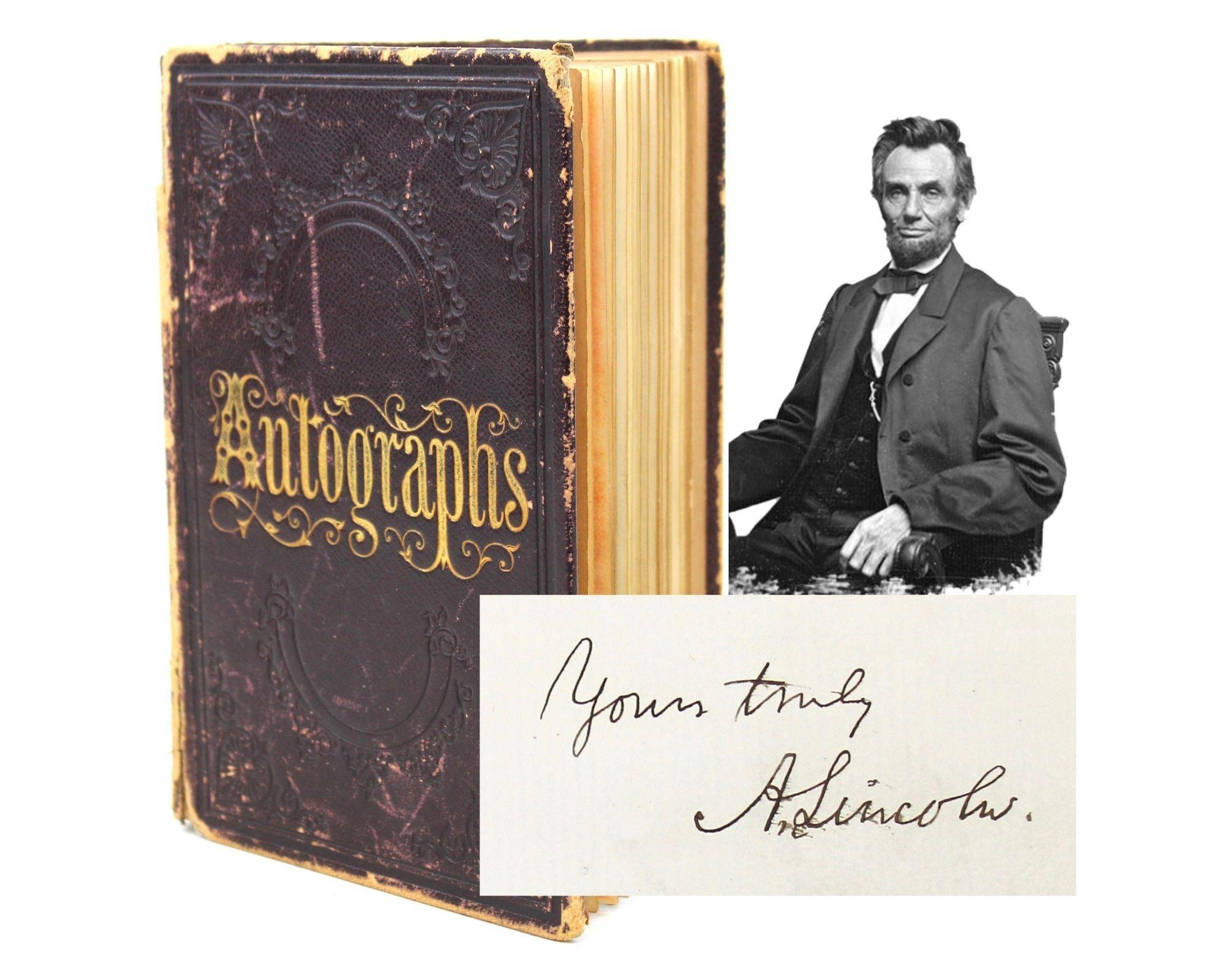 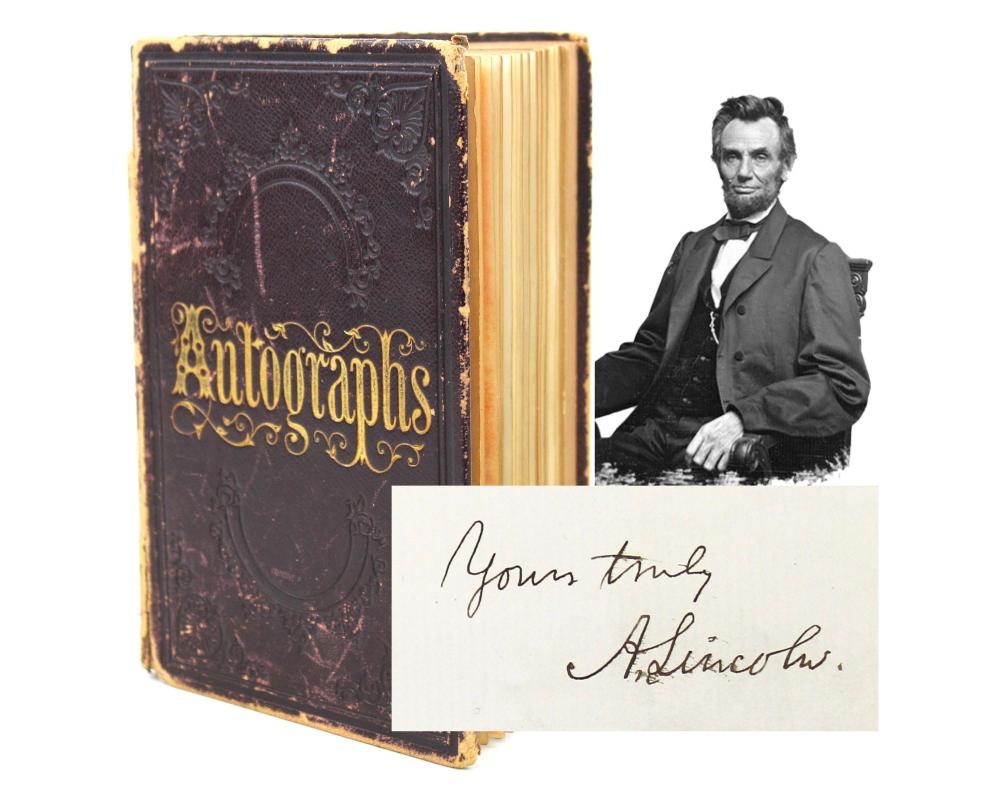 The Thirty-seventh Congress had 50 senators and 183 members of the House of Representatives, so this collection represents the vast majority of the members. Prominent individuals in the Thirty-seventh Congress who signatures appear in this volume include future Vice President Schuyler Colfax, future Secretary of State John Sherman, Charles Sumner, Lyman Trumbull, John Sherman, John Carlile, James Nesmith, Horatio Seymour, Thaddeus Stevens, future Attorney General John J. Crittenden and probably many untold signatures we have not identified that hold significant value. It also includes an additional envelope with 8 cut autographs including those of Presidential Candidate Stephen Douglass, William Seward, and Horatio Alger.

We assume based on a dated signature that this book was signed in the beginning of March of 1863, during the heat of the civil war. Lincoln certainly had a lot on his mind at that time. On March 3rd, a day before the only dated signature featured in the book, a proclamation appointing a National Fast Day was adopted, and signed by Lincoln on March 30th.

We’ve positively identified the owner of this book who was a correspondent of Secretary of the Treasury Samuel Chase (a copy of the letter with his distinctive signature which matches is shown here).