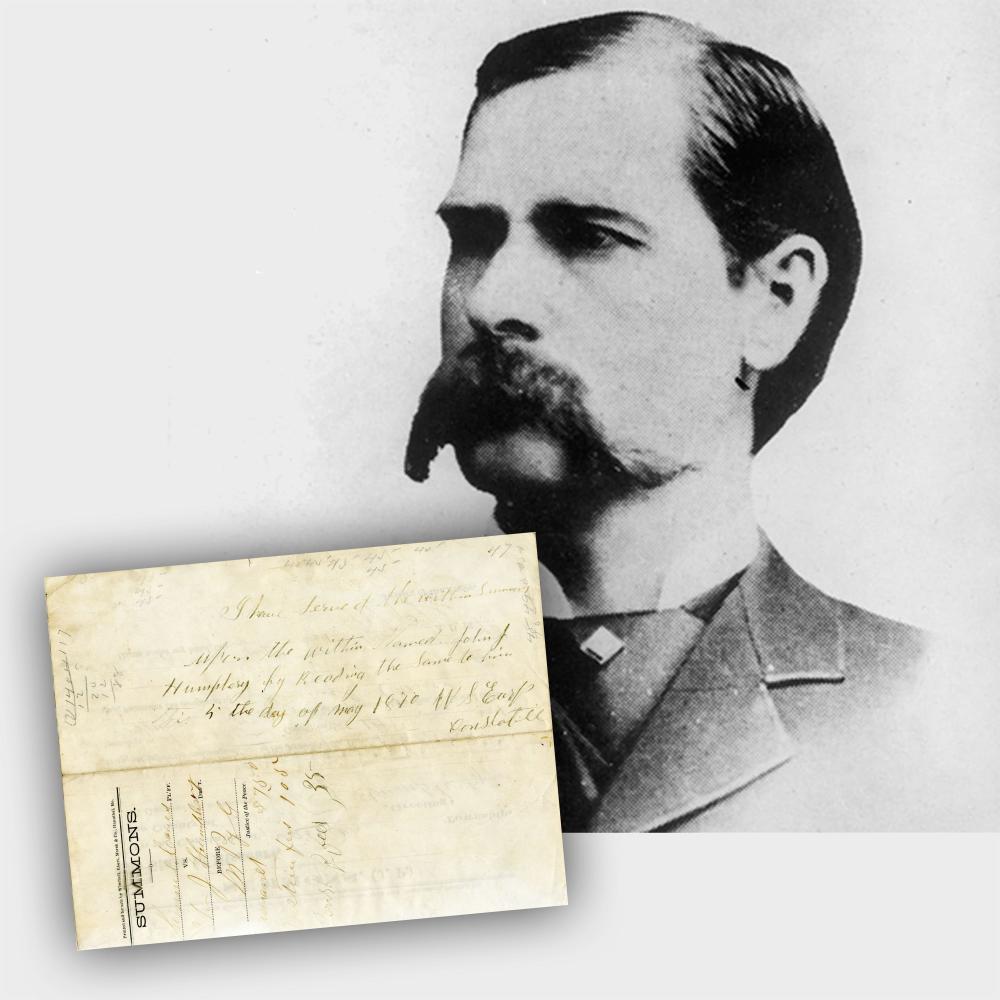 2pp, measuring 8" x 6", Lamar Township, Barton County, Missouri, dated May 5, 1870. Signed "WS Earp constable". A nearly identical document brought over $31,000 at auction in early 2013! A partially-printed legal summons for the case of John J. Humphrey vs. Samuel Canes. The case was set to appear before the Justice of the Peace on May 14, 1870. Earp has endorsed the back of the document, stating his execution of the summons. Reading in full: "I have served the written summons upon the within Named John J Humpery [sic] by Reading the same to him this 5th day of May 1870." Also signed on the front by M. Pyle, Justice of the Peace. With flattened folds, minor toning and soiling. There is a small tear at the bottom edge. Boldly signed, overall fine.

Wyatt Earp and his family moved to Lamar, Missouri around 1869. His father, Nicholas Earp, briefly became the town's Constable, but resigned that same year to accept the position of Justice of the Peace. Wyatt, who was only twenty-one years-old, was appointed as Lamar's new town Constable. The position would be his first in a long career in the law.