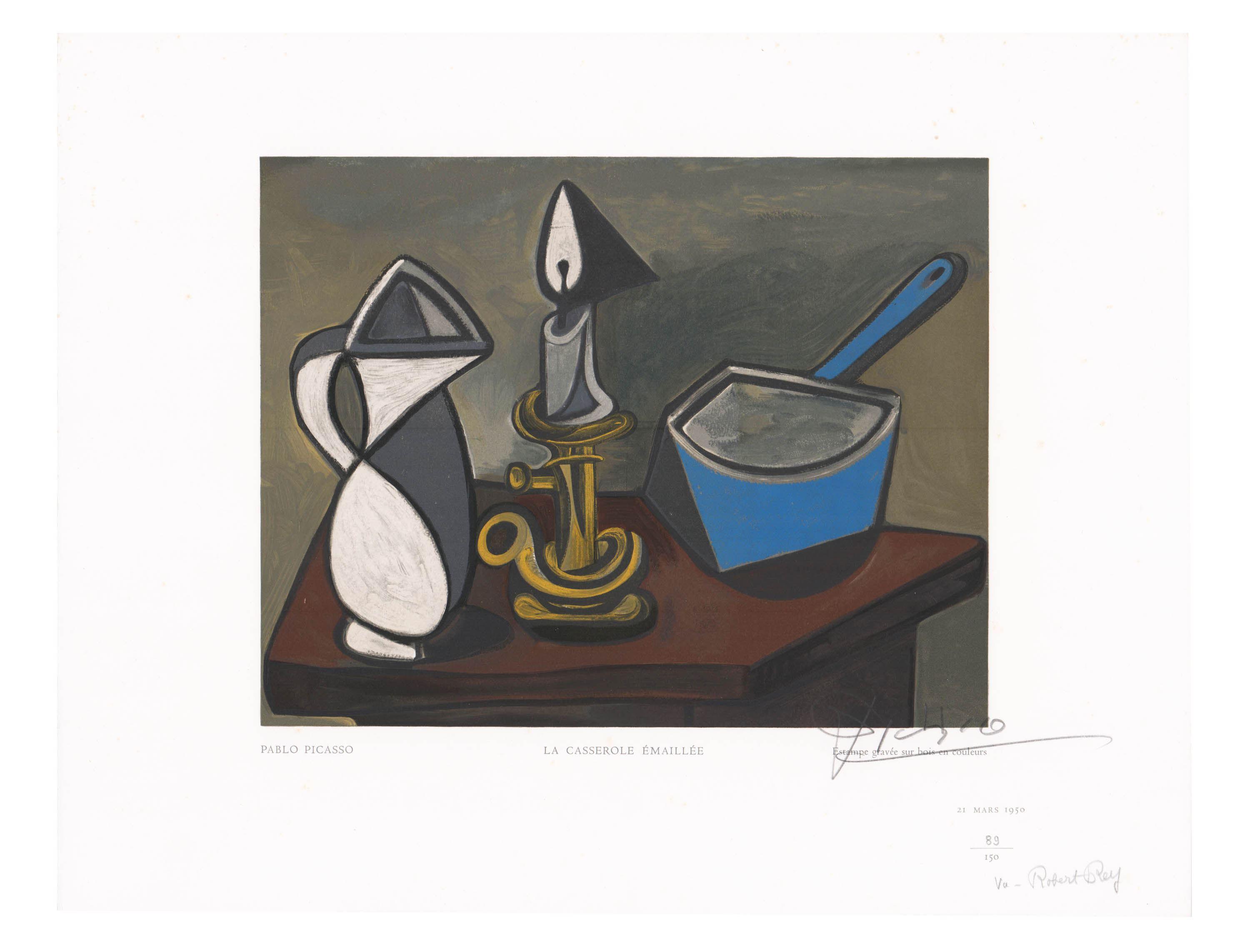 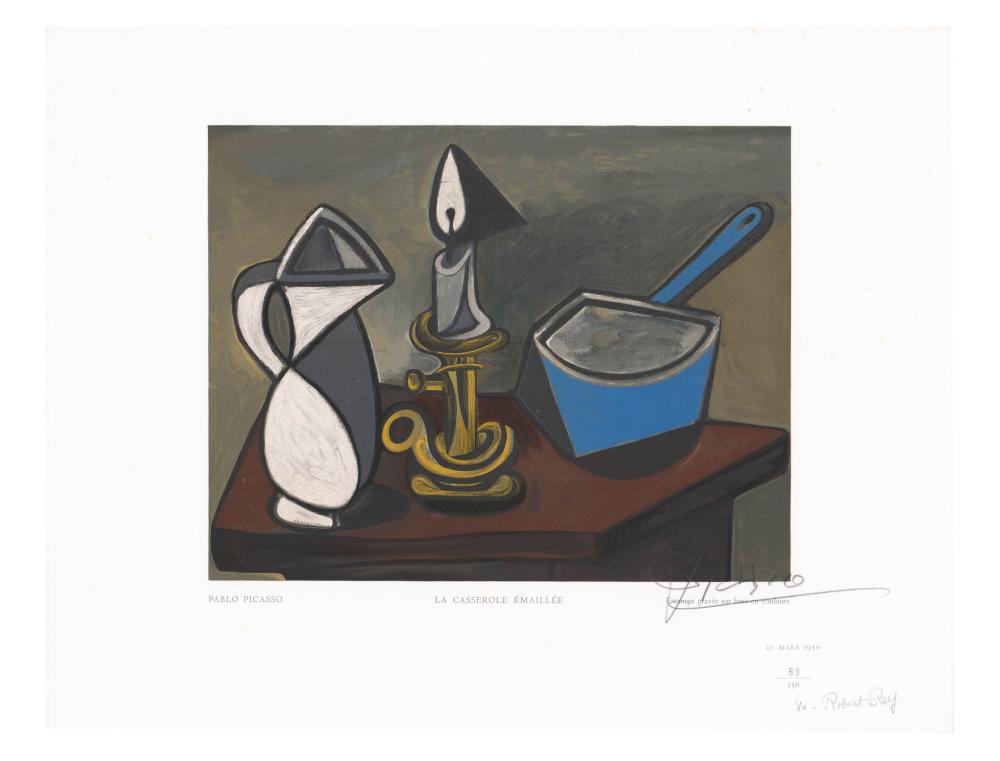 "La Casserole Émaillée" by Pablo Picasso is a superb example of the artist's work, with strong colors of blue, white, and brown, depicting a pitcher, a pot and a pan sitting atop a table. It is one of 12 wood engravings from the portfolio “Estampes” by Robert Rey, 1950, each accompanied by an essay about the artist. Rey was a professor of History of Art in the “Ecole Nationale Superieure des Beaux-Arts” in France.

Pablo Picasso (1881-1973) was the son of an academic painter, José Ruiz Blanco, and began to draw at an early age. He studied at La Lonja, the local academy of fine arts, and launched his first exhibition in 1900 in Barcelona. In the fall of the same year, he visited Paris for the first time and became enamored with the artistry he saw there - deciding to settle there in 1904. The following years saw many transformations in Picasso's style: the time between 1901 and 1904 has come to be known as his 'Blue Period,' 1905 his 'Rose Period,' from 1908 to 1911 his Analytic Cubist phase, and from 1912 forward his Synthetic Cubist phase. This work was from Picasso's later work, created in 1945, during his Cubism period.