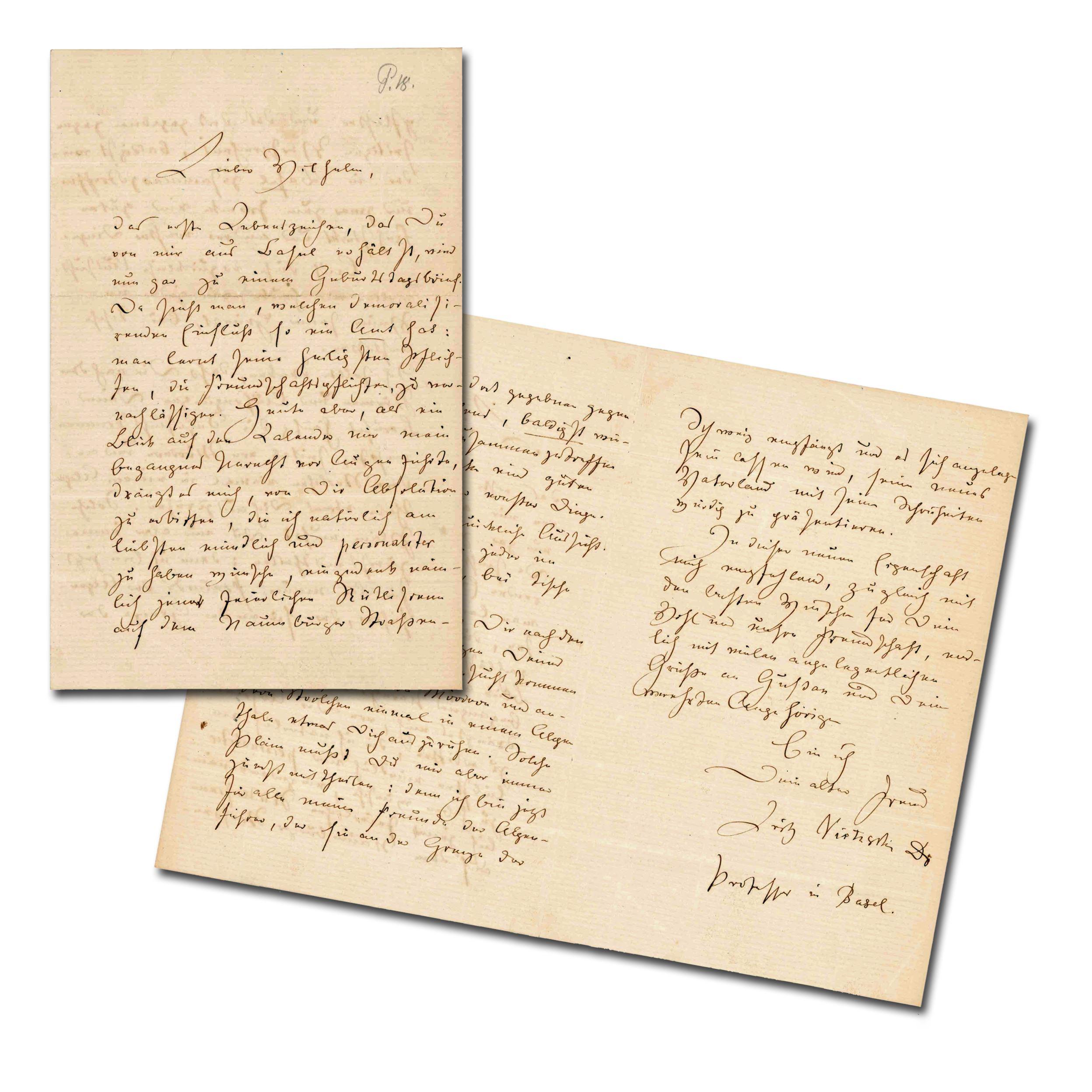 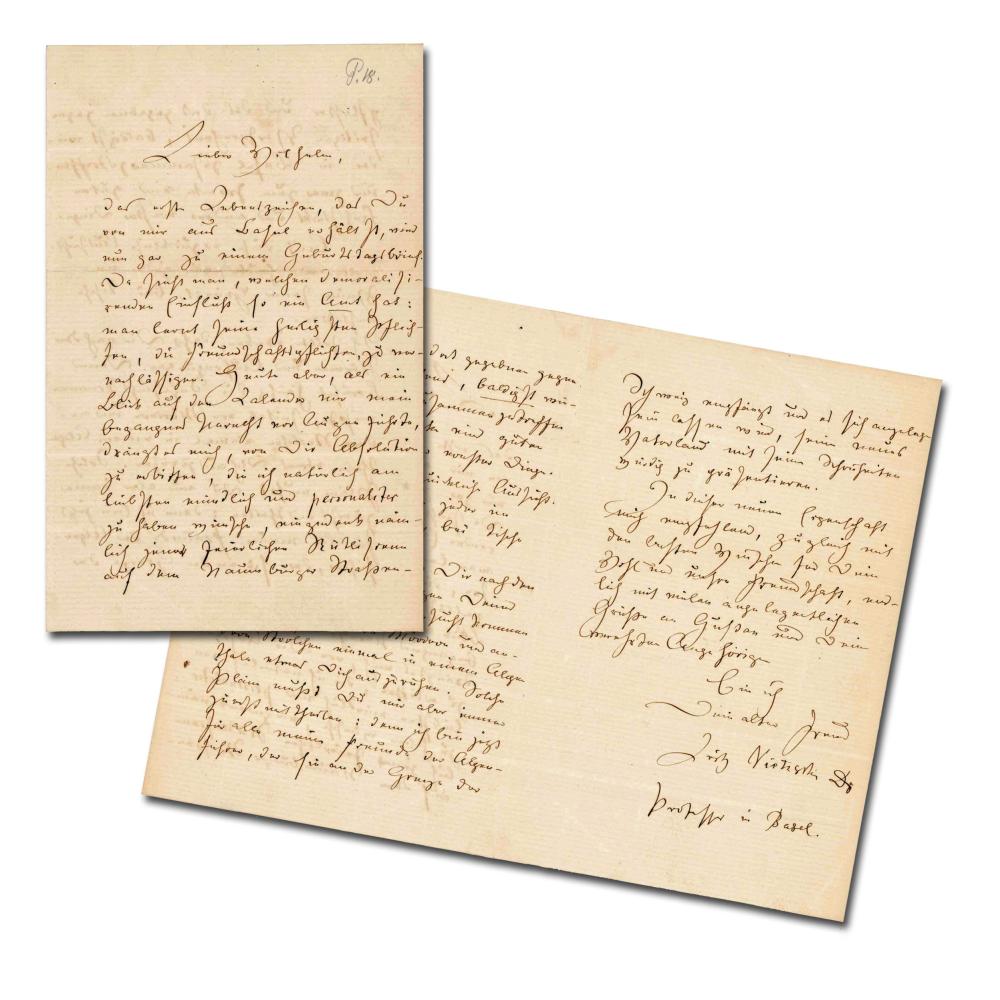 Nietzsche writes to his childhood friend, Wilhelm Pinder, translated, in part, "The first sign of life that you receive from me from Basel is a birthday letter. You can see the demoralizing influence of such an office: you learn to neglect your most sacred duties, friendship. Today, however, when a look at the calendar made it clear to me the injustice I had committed, I was urged to ask you for absolution, which of course I would have preferred to ask you personally, considering that solemn Rutiscene [a magnificent mountain on the lakes near Lucerne] on the Naumberg pavement and that one there gives mutual promise to meet as soon as possible in Basel for the purpose of a good breakfast and other serious things…I should think that after the storms and excitement of your profession, you should often have a longing to have a rest in an alpine valley away from murderers and other rascals…You always have to tell me such plans first, because I am now for all my friends the Alpine Guide, who will receive them at the Swiss border and who will be happy to present this new fatherland with its beauties."

Letters by Nietzsche are incredibly rare and highly sought after. This letter originally appeared over 45 years ago at Sotheby’s, in 1975.