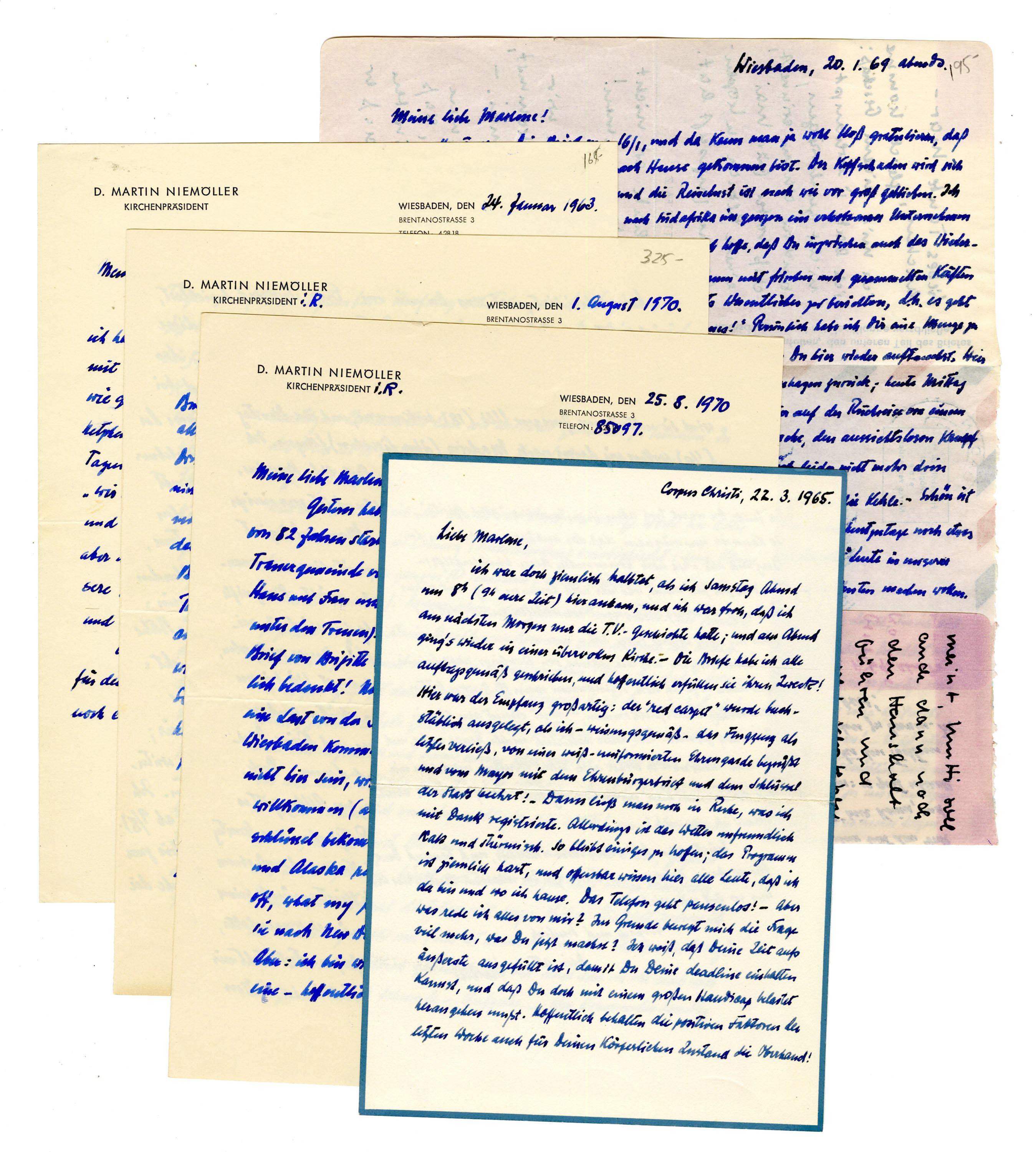 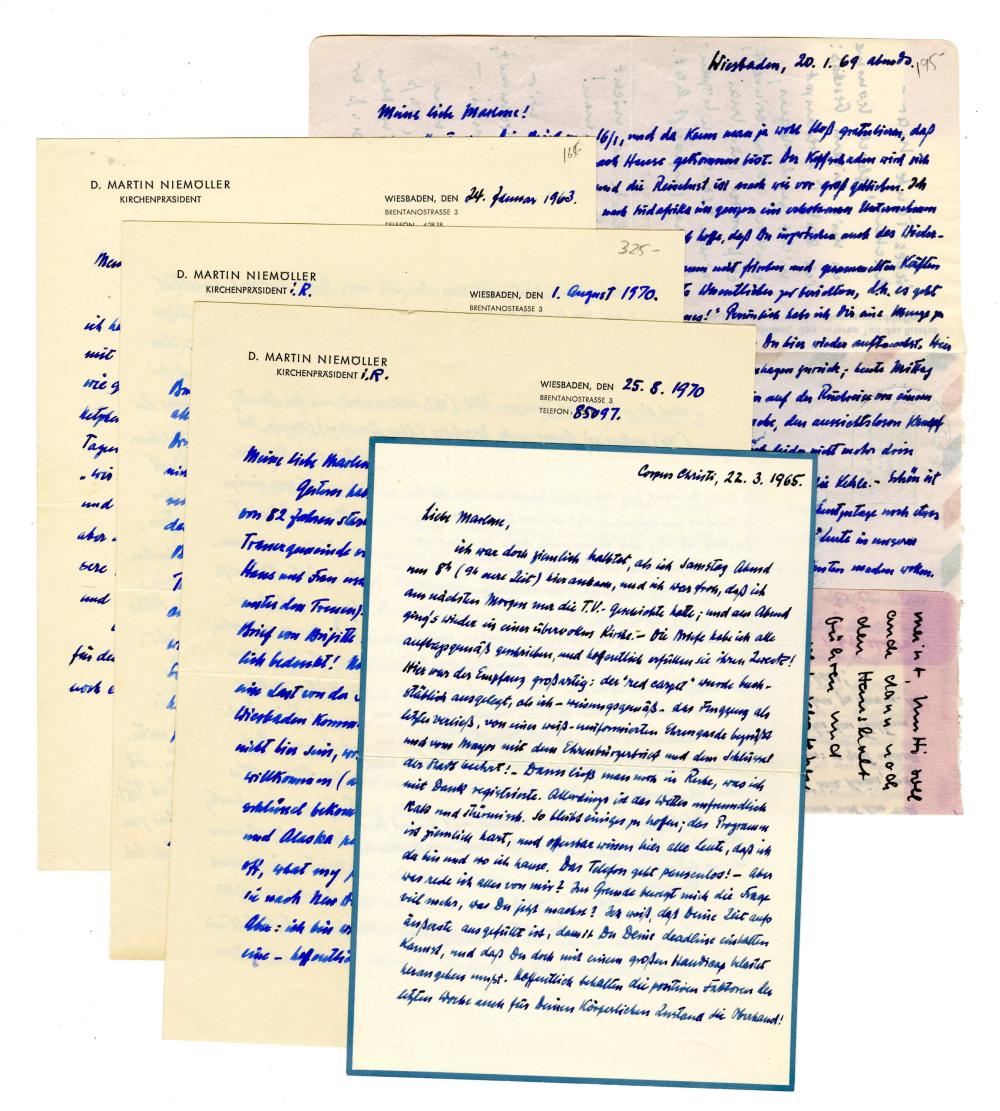 A group of five letters written and signed by German theologian and pastor, Martin Niemöller, Ca. 1963-1970. All in his hand and addressed to author Marlene Maertens. Each letter is signed "Martin" and is written in German. The correspondence covers a wide range of topics, from society and the environment to current conditions in Germany and the death of a friend. Not all of the letters have been translated, but the group is accompanied by several typed transcriptions and synopses, providing an opportunity for further in-depth research. All of the letters have flattened mail folds and bold signatures. Faint to minor toning to some edges. One letter has chipping at the edge. Overall, very fine. Accompanied by a COA from R&R Enterprises Autograph Auctions.

Excerpt from March 22, 1965 letter:
"…The welcoming ceremony here was truly grand: the 'red carpet' was literally rolled out as I - acquiescing to their wishes - exited last from the plane. I was escorted by an honor guard attired in white uniforms and greeted by the mayor who presented me with a certificate of honorary citizenship as well as the key to the city! - After the ceremony, they left me in peace which I appreciated very much…"

Synopsis of August 25, 1970 letter (in part):
"…He feels that conditions have somewhat improved in Germany since Adenauer (first chancellor of the Federal Republic) is gone, but the people's fascination with the idol 'mammon' (money) is entirely too prevalent. He comments on the attitudes of society and fears that only a major catastrophe will be able to change things. His fears are primarily based upon problems of the environment which an unconscionable society is intent upon ignoring because the problems yield neither interest, payment, nor dividends."

Friedrich Gustav Emil Martin Niemöller (1892-1984) was a German theologian and Lutheran pastor, best known for his opposition to the Nazi regime during the late 1930s. He is also widely recognized for his 1946 poem "First they came ..." which is currently featured on the United States Holocaust Memorial. Niemöller was initially a supporter of Adolf Hitler as a national conservative but became one of the founders of the Confessing Church following the Nazification of German Protestant churches. For this opposition he was imprisoned in Sachsenhausen and Dachau concentration camps from 1938 to 1945, narrowly escaping execution. While he was a self-identified antisemite, he opposed the Nazis' Aryan program, and after his imprisonment, he expressed his deep regret about not having done enough to help victims of the Nazis.