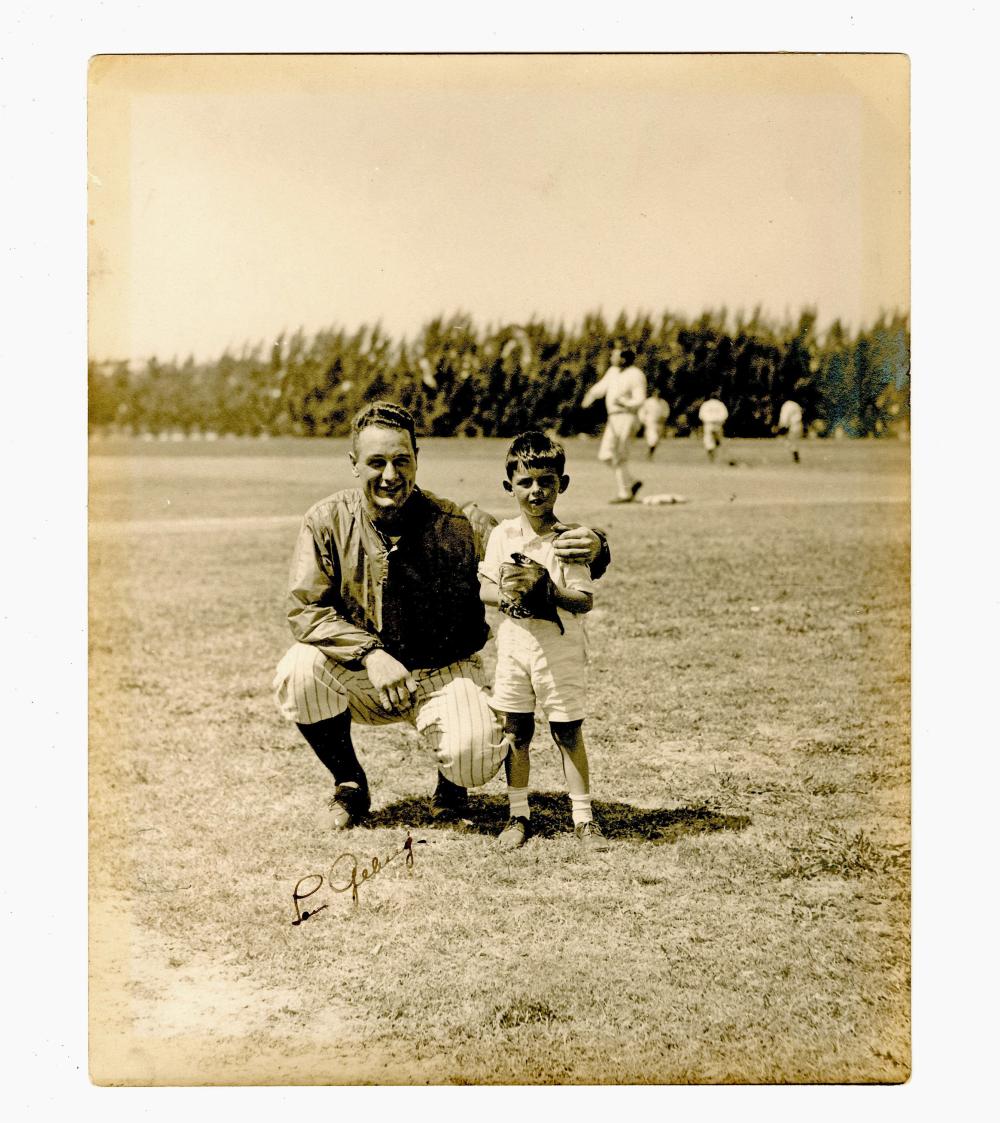 Lou Gehrig Signed Photograph, With Babe Ruth in the Background

Measuring 8" x 10", no place, dated Ca. 1933. A charming photograph of the first baseman, Lou Gehrig, squatting down to pose with a young boy identified as William Grice Bogg on verso. Gehrig is photographed in his player's uniform and Boggs is wearing a small baseball glove. In the background, Babe Ruth can be seen throwing a ball. With rounded, worn corners. Toned edges. Mounting remnants at the top edge on verso. Boldly signed by Gehrig. From the Estate of Bill Bogg (the small child in the photograph). For those of you who are passionate baseball fans, our auction is also offering a signed Babe Ruth photograph in addition to this one.

Henry Lou Gehrig (1903-1941) played seventeen seasons with the New York Yankees, from 1923 to 1939. Many scouts believed him to be the next Babe Ruth, and Gehrig actually batted behind Ruth in the lineup. Nicknamed "The Iron Horse", Gehrig was a seven consecutive-time All-Star, Triple Crown winner, and was voted MVP of the American League twice. In 1939 he was inducted into the Baseball Hall of Fame and his number 4 was the first uniform number to be retired in the MLB.