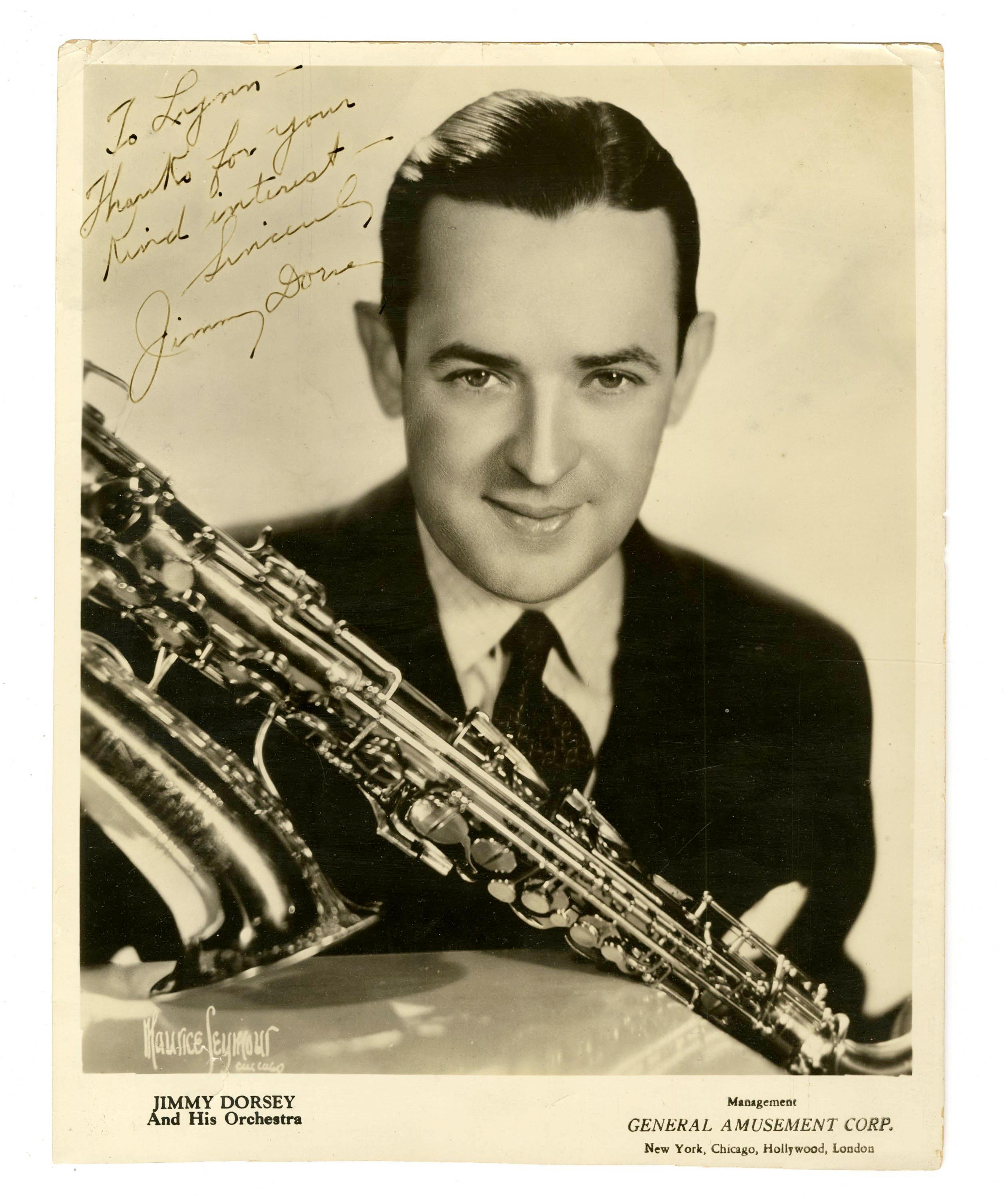 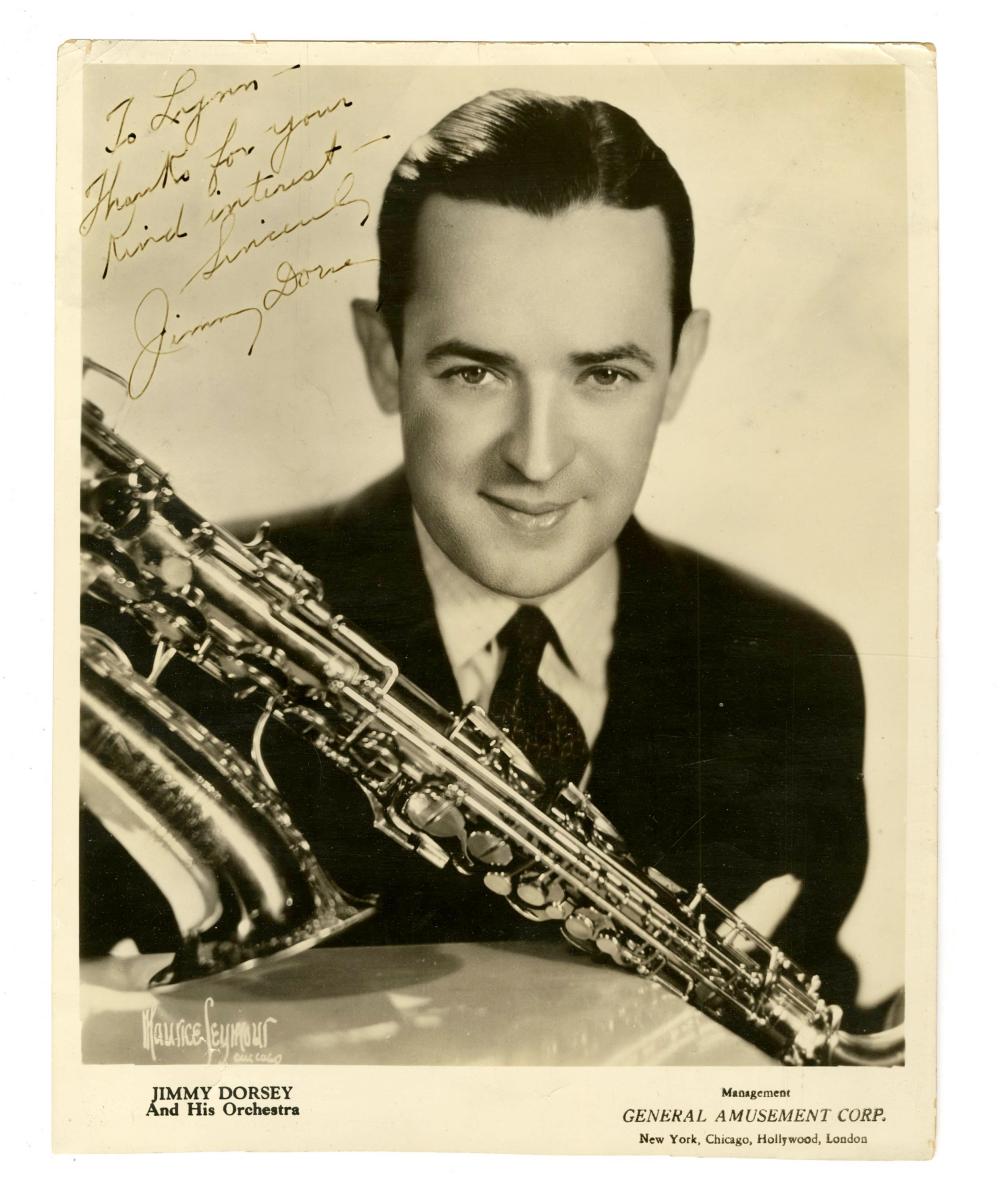 Measuring 8" x 10", New York, undated. A studio portrait of Dorsey produced by General Amusement Corp., depicting the big band leader posed with a saxophone. Signed and inscribed "To Lynn - Thanks for your kind interest. Sincerely Jimmy Dorsey." The photograph has been captioned "Jimmy Dorsey and His Orchestra." With curled edges and minor spotting throughout. Bumped and worn corners and edges. Light scratching throughout. Large signature.

James Francis Dorsey (1904-1957) was an American jazz clarinetist, saxophonist, and composer who began his career performing with numerous ensembles and artists. In 1927, he and his brother Tommy formed the Dorsey Brother Orchestra, which later became Jimmy Dorsey and His Orchestra after a falling out between the siblings. Throughout his career, he performed with other stars such as Glenn Miller, Bing Crosby, and Louis Armstrong.