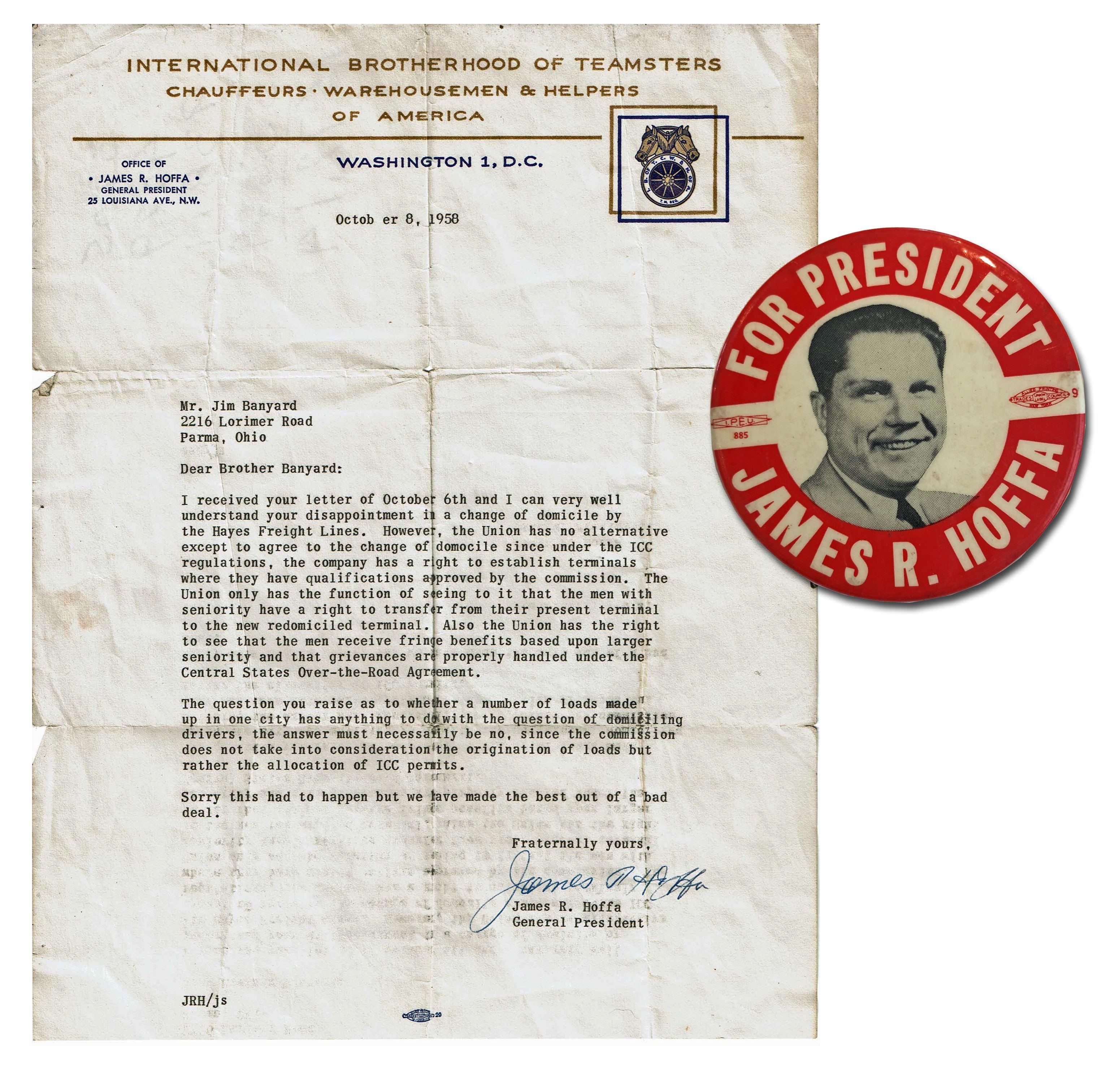 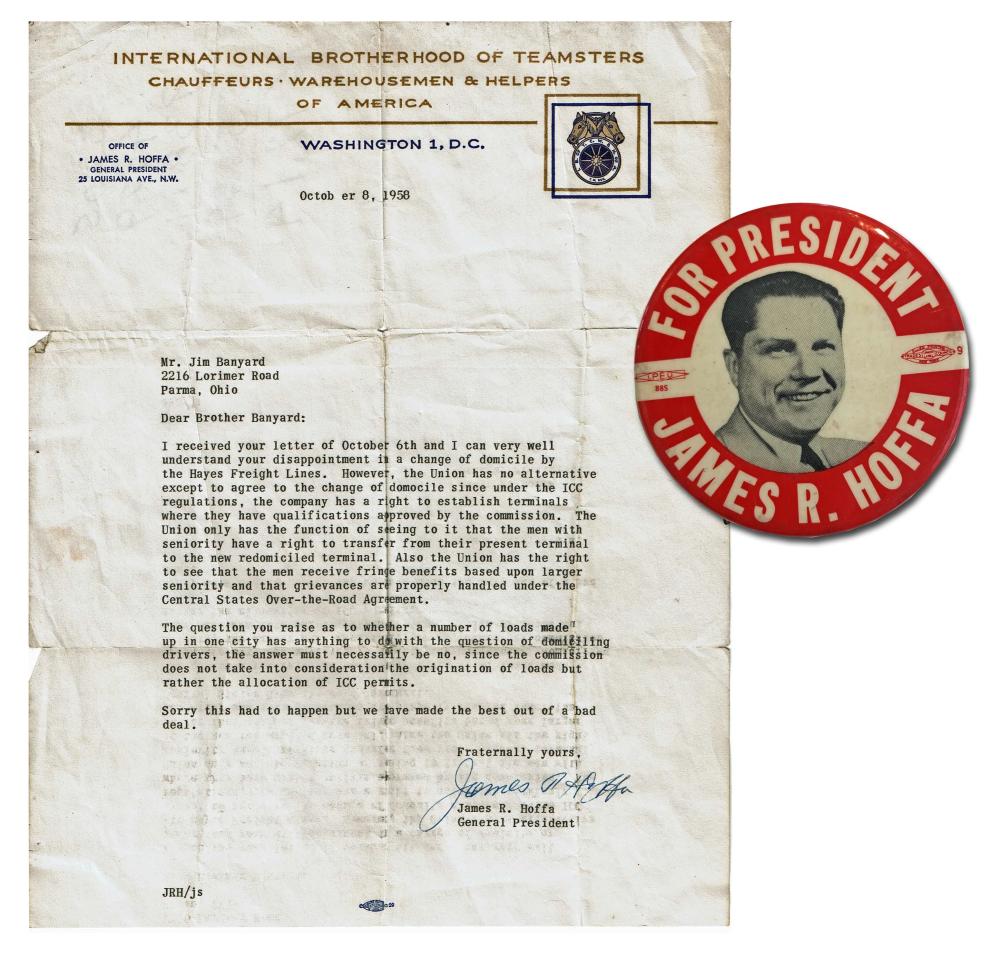 Hoffa writes to Jim Banyard, of Parma, Ohio, in full, “I received your letter of October 6th and I can very well understand your disappointment in a change of domicile by the Hayes Freight Lines. However, the Union has no alternative except to agree to the change of domicile since, under the ICC regulations, the company has a right to establish terminals where they have qualifications approved by the commission. The Union only has the function of seeing to it that the men with seniority have a right to transfer from their present terminal to the new domiciled terminal. Also the Union has the right to see that the men receive fringe benefits based upon larger seniority and that grievances are properly handled under the Central States Over-the-Road Agreement. / The question you raise as to whether a number of loads made up on one city has anything to do with the question of domiciling drivers, the answer must necessarily be so, since the commission does not take into consideration the origination of loads but rather the allocation of ICC permits. / Sorry this had to happen but we have made the best out of a bad deal.”

James Bruce Banyard (1923-2010) was a truck driver by profession. He worked for McLean Trucking Company, later Hayes Freight Lines, for 22 years. He was appointed shop steward of Teamster Local 407 in 1955, where he spearheaded the drive for health and welfare benefits that led to the Union's employee benefit system. He also worked as a union organizer and trustee. A tireless advocate for driver safety, Banyard came to public attention in 1969 when he was fired from his job at McLean for refusing to drive an admittedly overloaded truck in violation of Ohio State law. The National Labor Relations Board denied Banyard's grievance, but that decision was overruled by the United States Court of Appeals, District of Columbia in 1974. A newspaper clipping from The Cleveland Press, Tuesday, March 11, 1975, reporting Banyard's grievance case win, along with four promotional campaign items for Banyard's election/re-election as Local 407 Trustee, accompany this letter.

James Riddle Hoffa (1913-1982) was an American labor union leader who served as the president of the International Brotherhood of Teamsters from 1957 until 1971. He played a major role in the growth and the development of the union, which eventually became the largest by membership in the United States, with over 2.3 million members at its peak, during his terms as its leader. Hoffa became involved with organized crime from the early years of his Teamsters work, a connection that continued until his disappearance in 1975. He was convicted of jury tampering, attempted bribery, conspiracy, and mail and wire fraud in 1964 in two separate trials. He was imprisoned in 1967 and sentenced to 13 years. In mid-1971, he resigned as president of the union as part of a commutation agreement with President Richard Nixon and was released later that year, but Hoffa was barred from union activities until 1980. Hoffa repeatedly attempted to overturn that decision but was unsuccessful. He disappeared on July 30, 1975. He is believed to have been murdered by the Mafia and was declared legally dead in 1982. Hoffa's legacy continues to stir debate.