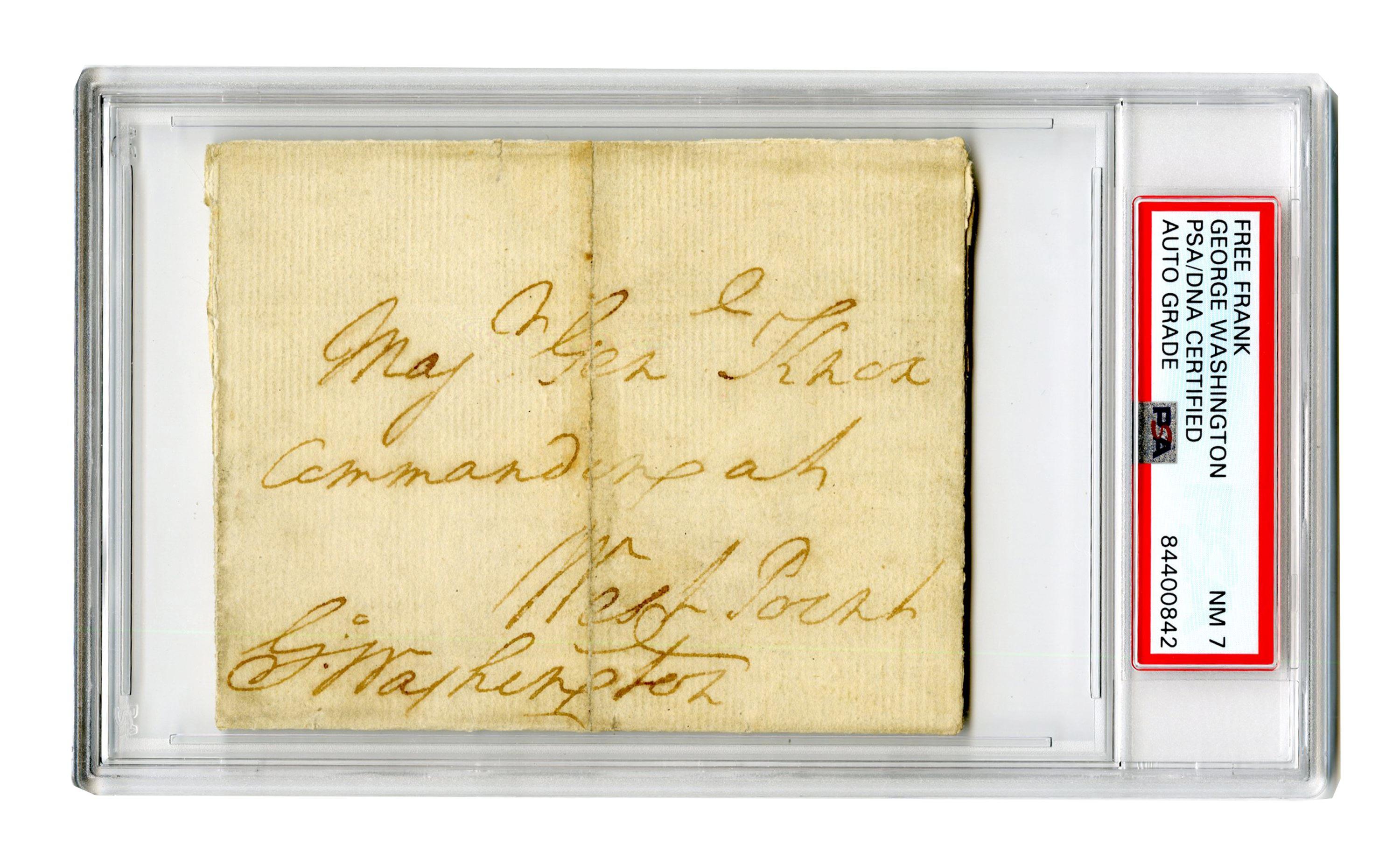 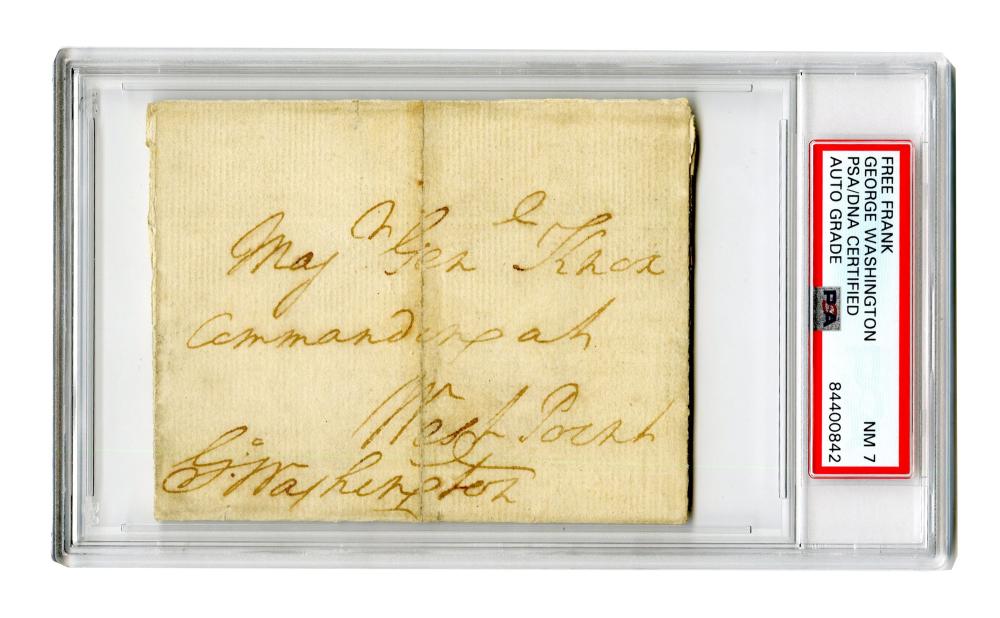 An envelope measuring 4.25" x 3.375", No place, undated. Signed "Go: Washington" and addressed in his hand to Major General Henry Knox, Commander at West Point. Encapsulated and PSA/DNA graded NM 7. With flattened folds, and light toning and soiling. Wax remnants and tape on the verso, with a small tear near the wax seal. One of the folds passes through the second "g" of Washington's signature. The slab measures 7.25" x 4.25".

Henry Knox (1750-1806) was a close friend of Washington's, who appointed him the country's first Secretary of War. He served in this position from 1789 to 1794 and helped establish a regular U.S. Navy and coastal fortifications. Knox also established the Continental Army's first school for artillery and officer training, which was the precursor to the military academy at West Point (established in 1802). Fort Knox, built in 1918, was named in honor of the famed general.