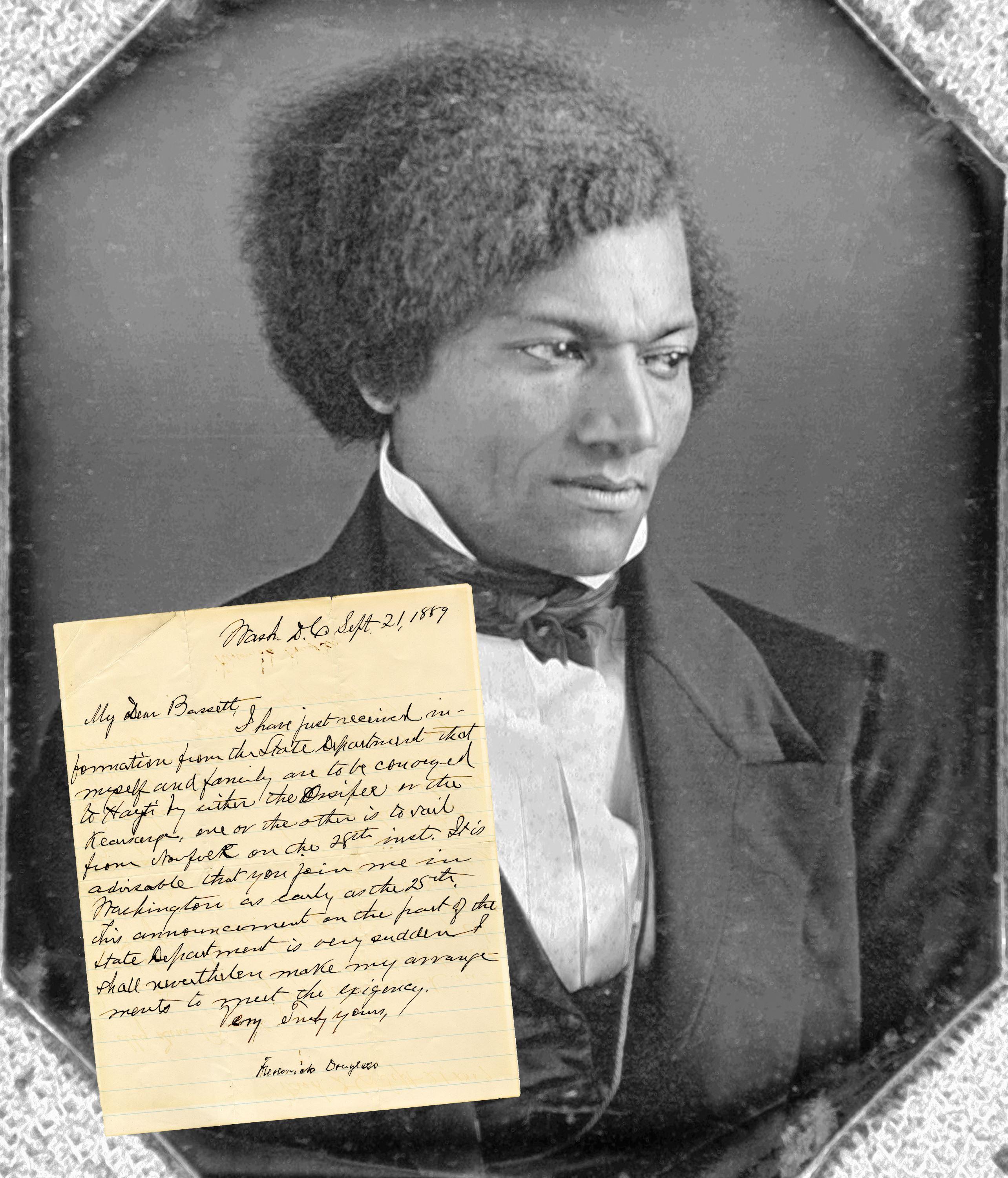 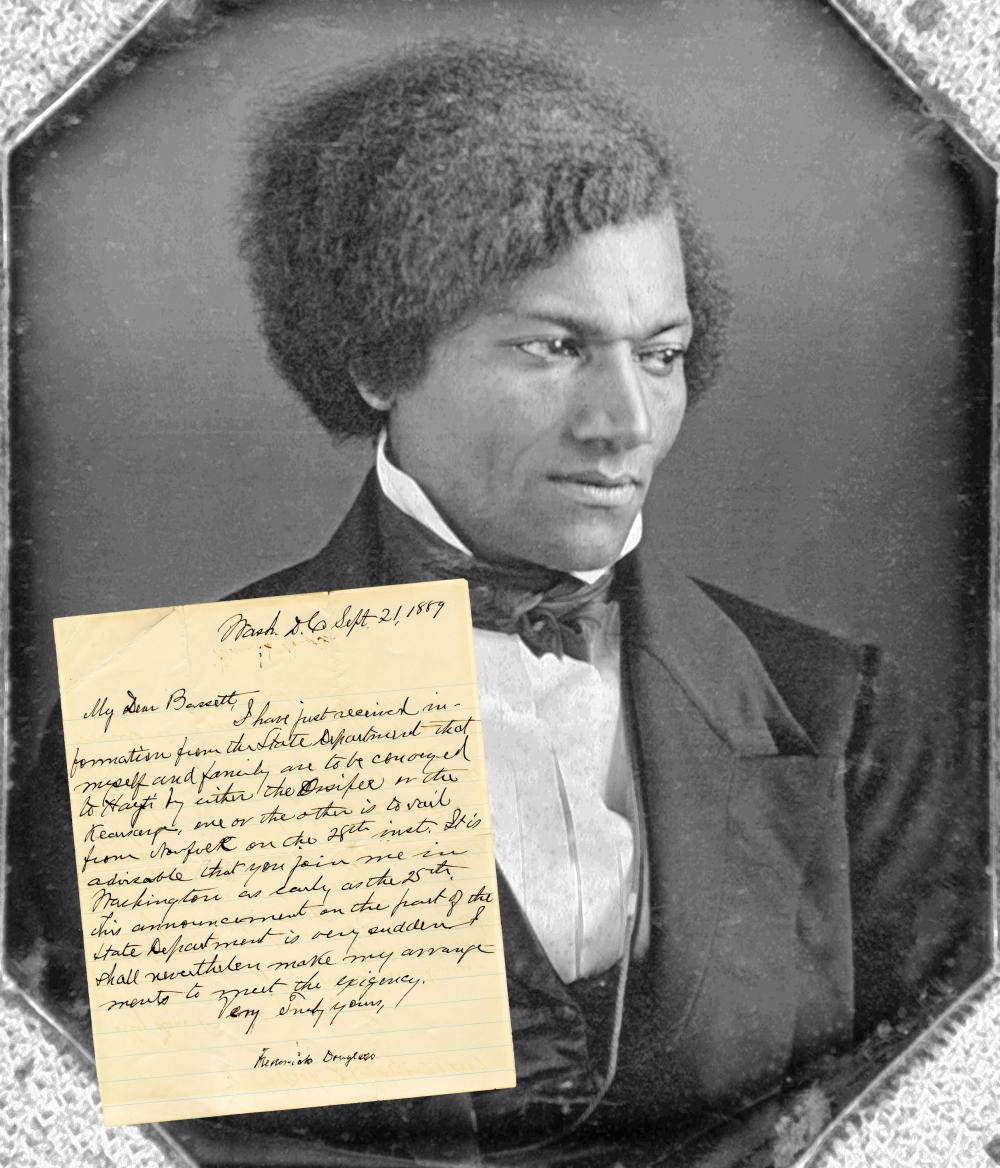 1p, measuring 8.25" x 10.25", Washington, D.C., dated September 21, 1889. Signed "Frederick Douglass" and addressed to former Ambassador to Haiti, Ebenezer D. Bassett. Douglass had recently been appointed to the ambassadorship by President Benjamin Harrison and here informs Bassett of his immediate plans to embark for the island. The text of the letter is written in an unknown hand and signed at the conclusion by Douglass. With flattened mail folds and creasing, as well as minor toning. Slight smudging and transference to Douglass' signature where the paper was folded. Reading in part:

"My dear Bassett, I have just received information from the State Department that myself and family are to be conveyed to Hayti [sic]...on the 28th inst. It is advisable that you join me in Washington as early as the 25th. This announcement on the part of the State Department is very sudden. I shall nevertheless make my arrangements to meet the exigency."

The letter is accompanied by a sheet of Harper's Weekly, including two engravings of Frederick Douglass and the Rev. Josiah Henson, the original of "Uncle Tom". Measuring 10.5" x 15", dated April 21, 1877.

Ebenezer Bassett had held the position of Ambassador to Haiti twenty years prior to Douglass' appointment. Douglass soon departed Washington and arrived at Port-au-Prince with his family just in time to witness the resolution of an episode of civil conflict in Haiti. General Florvil Hyppolite, supported by the Americans, had emerged victorious over General F.D. Legitime, who had the support of France. At first, the Haitians were suspicious of Douglass who had previously visited the Dominican Republic under Grant's administration and advised on its annexation by the United States. Despite these initial suspicions, Douglass soon found himself assimilating easily into Haitian society. Douglass remained in Haiti for two years, returning to the United States in 1891 when he realized that the U.S. was intent on gaining full and permanent access to Haiti regardless of its citizen's desires.

Inspired by his surroundings and by Haiti's revolutionaries, Douglass referenced the country's plight in a powerful speech given upon the opening of the Haitian Pavilion at the World's Columbian Exposition in Chicago on Jan. 2, 1893: "We should not forget that the freedom you and I enjoy today, is largely due to the brave stand taken by the black sons of Haiti ninety years ago...striking for their freedom, they struck for the freedom of every black man in the world…"