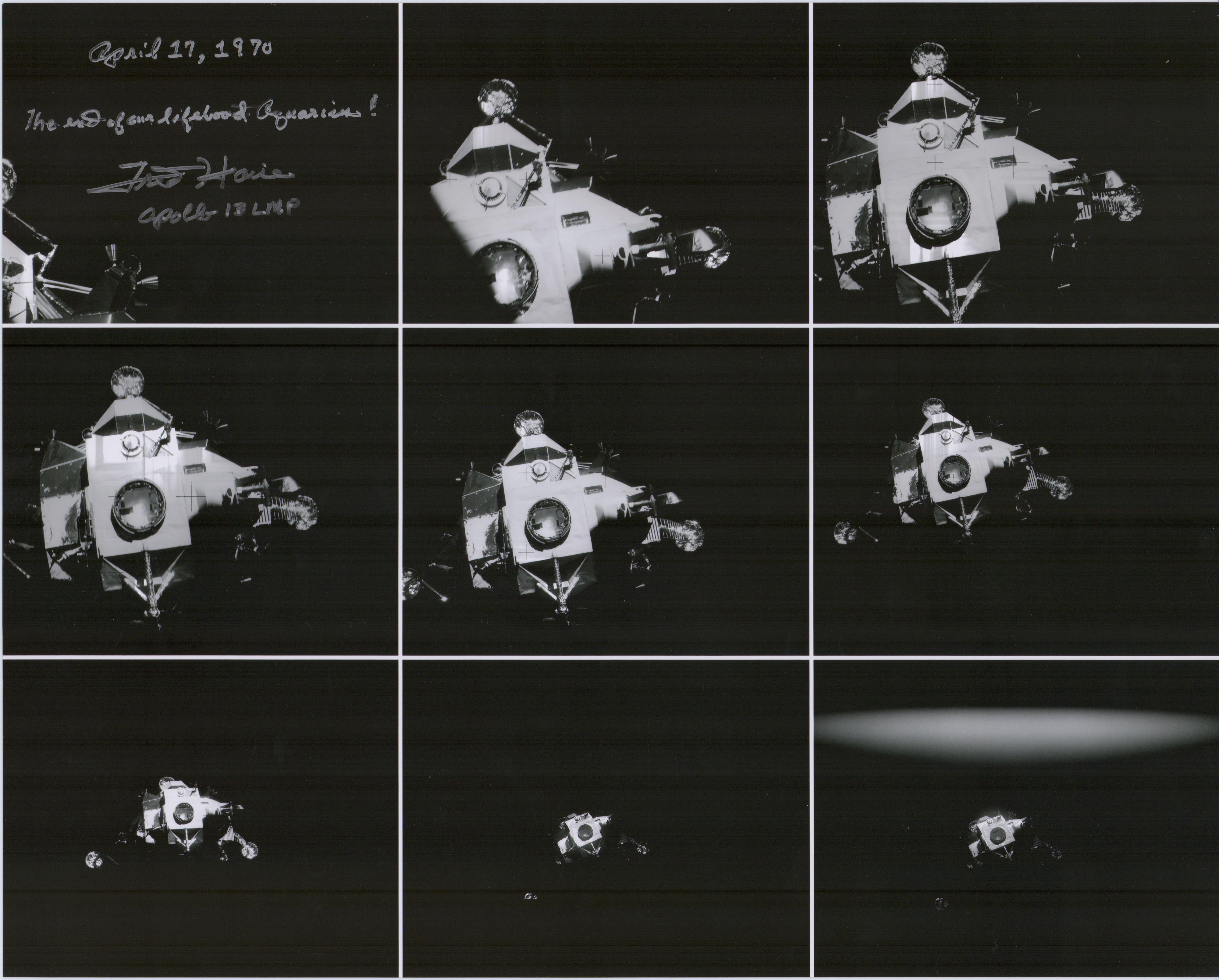 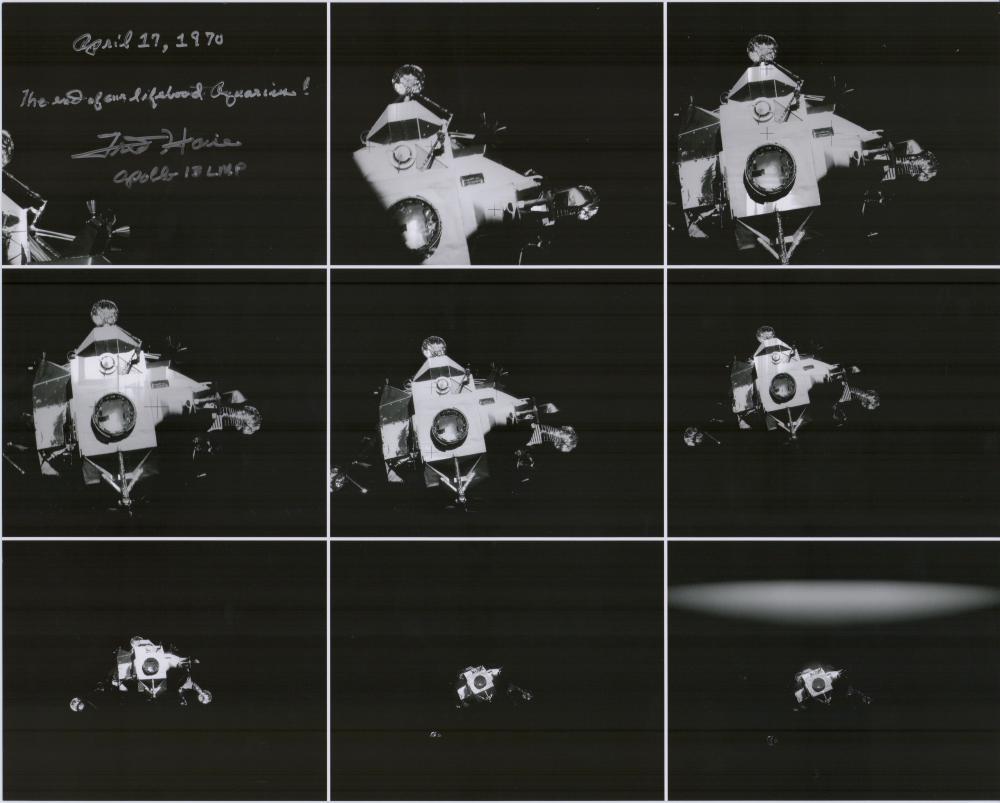 Fred Haise signed 20" x 16" photo of Aquarius, the Apollo 13 Lunar Module and the crew's "lifeboat", that allowed their survival after the accident in space. Photo shows Aquarius in nine images, gradually receding into space after the crew jettisoned it from the Command Module just before their reentry. Haise handwrites, "April 17, 1970 /  The end of our lifeboat Aquarius! / Fred Haise / Apollo 13 LMP". Glossy photo is in near Fine condition.