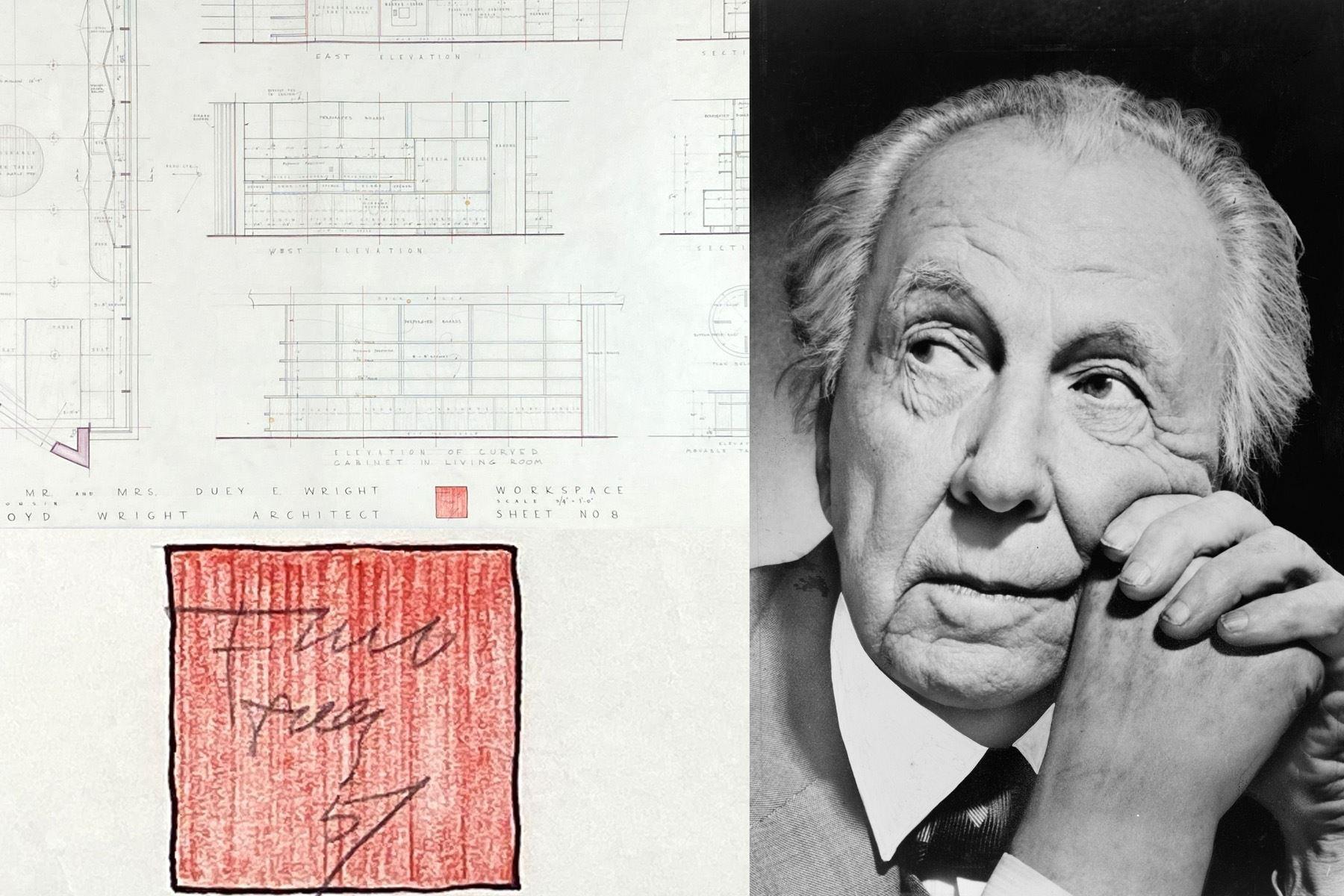 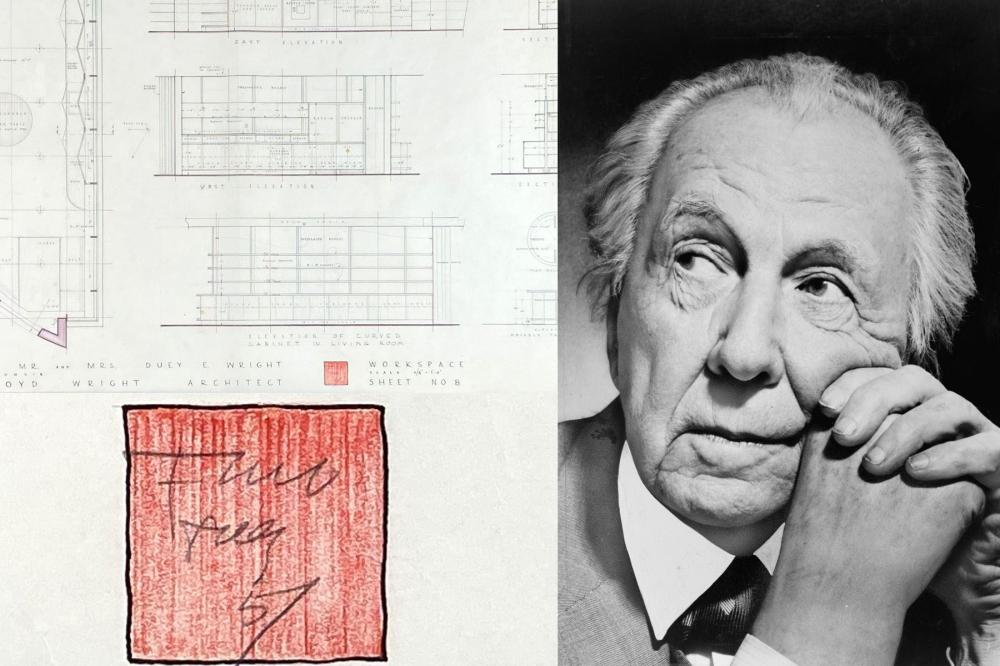 Drawing/Rendering of the all-important “workplace” for the “Duey Wright House,” Wausau, Wisconsin, August 1957. Ink, graphite and colored pencil on paper, 45" x 29.5.” A superb and impressive hand-done drawing of the house’s workplace, accomplished in another hand under Wright’s direction, and signed by the master himself, “FLW August 57,” within a hand-drawn red ‘Taliesen’ box. Rolled and in notably fine condition compared to the usually well-worn Wright plans that typically come to market.

This detailed plan, which is hand-accomplished in an especially crisp, bold manner, includes an overhead view of the kitchen, detailed at the left side, with the middle of the rendering showing east and west elevations including appliances and countertops. The right-hand side includes plans for tables.

Perched on a bluff top overlooking the Wisconsin River, the “Duey Wright House” is one of Frank Lloyd Wright's last Usonian residences. Built for Duey and Julia Wright, who owned a local music store and music school, the home's unusual L-shaped footprint has been suggested to represent a quarter note in honor of the musical couple. Moreover, a repeated geometric design found throughout the home in perforated plywood panels suggests musical notation. Wright used these panels in the exterior windows and as screens between rooms.

The Usonian house, the brainchild of American architect Frank Lloyd Wright, is the embodiment of an idea for a simple, stylish small house of moderate cost designed especially for the American middle class. It is not so much a style as a type of residential architecture. "Style is important," wrote Wright. "A style is not.” Some have said that the word "Usonia" is an abbreviation for the "United States of North America". This meaning explains Wright's aspiration to create a democratic, distinctly national style that was affordable for the "common people" of the United States.

The here-offered piece is a superb, impressive architectural drawing of this important house, most especially covering the much-valued “workplace” so inherent to the Wright couple’s work—music—which influenced so much in their entire home.