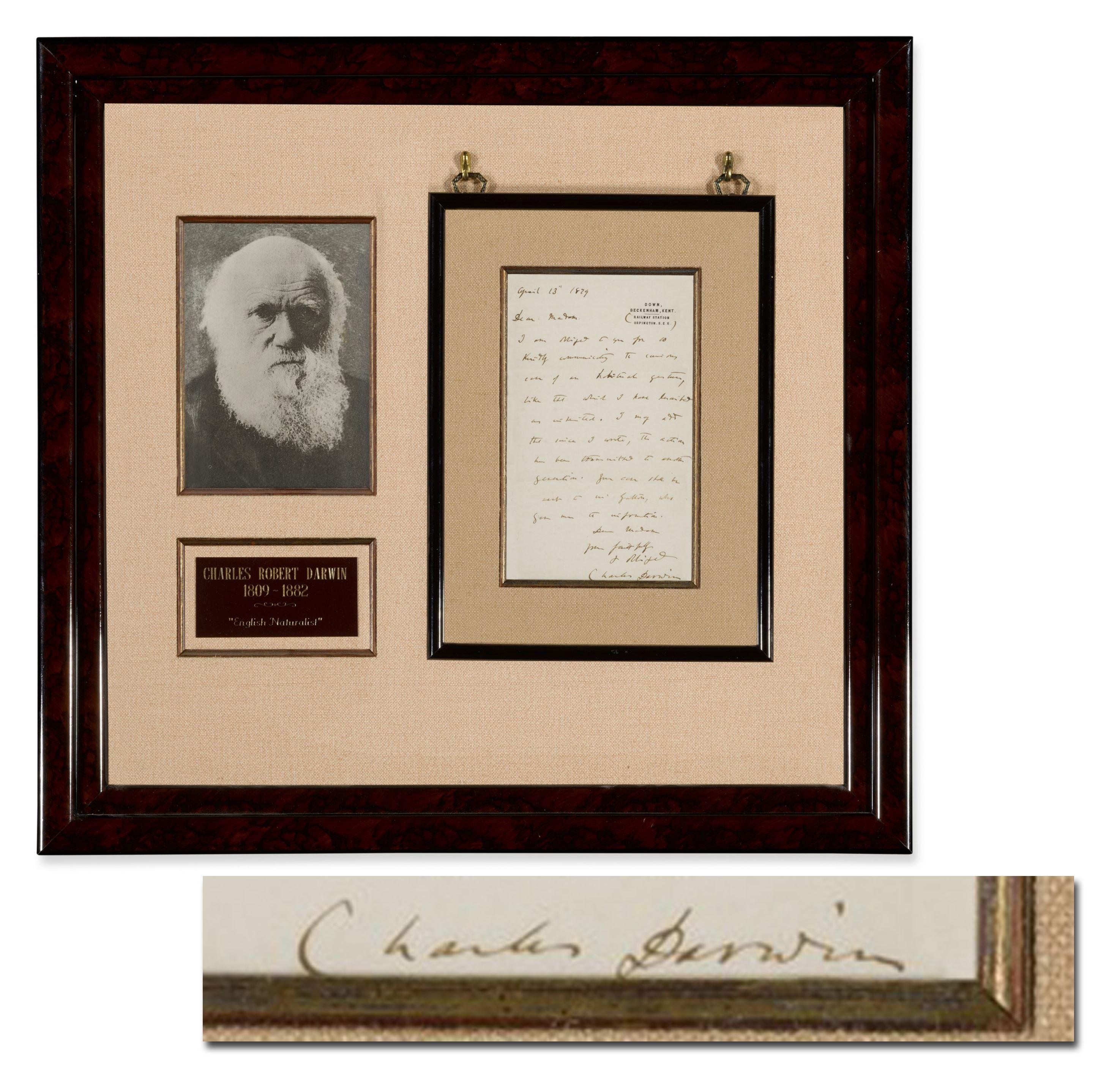 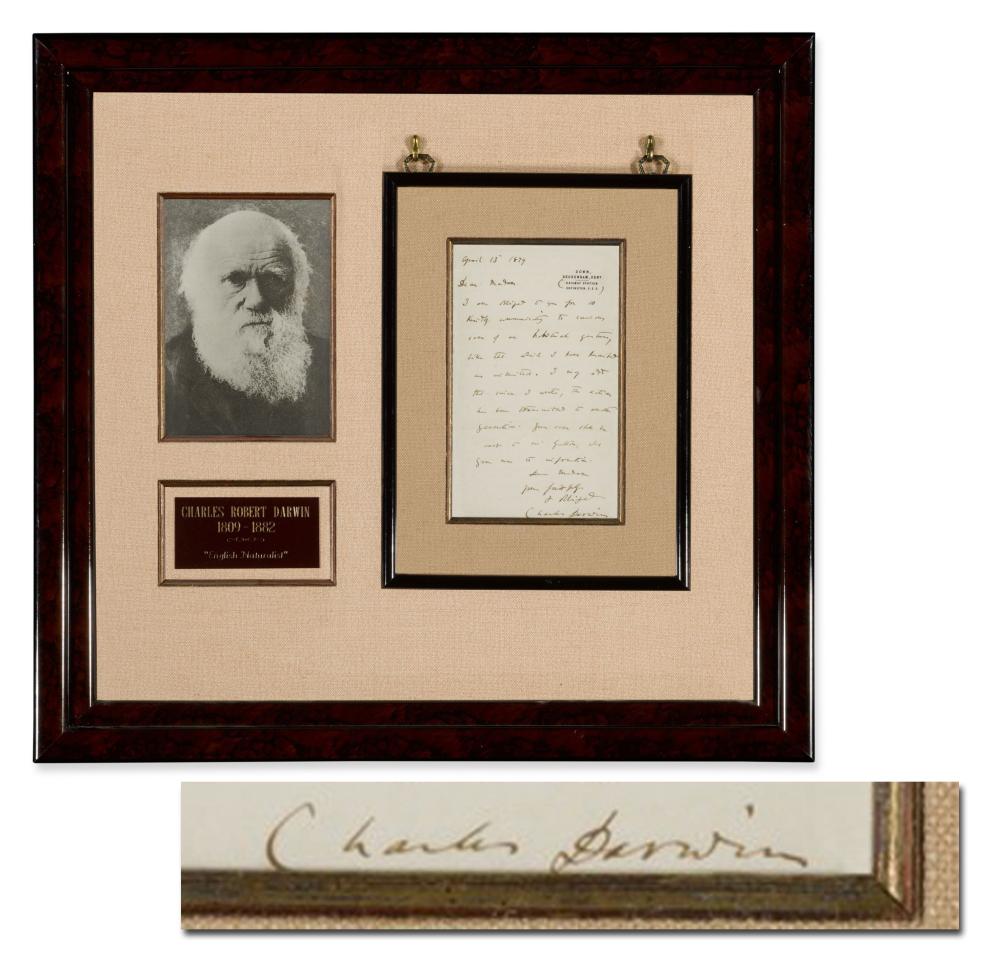 Darwin discusses the hereditary transmission of behavior and a vivid example of the phenomenon from the opening chapter of The Expression of the Emotions in Man and Animals. In this letter, he thanks Fanny Kellogg for “communicating the curious case of an habitual gesture, like that which I have described as inherited. I may add that since I wrote, the action has been transmitted to another generation. Your case shall be sent to Mr. Galton, who gave me the information.”

In The Expression of the Emotions in Man and Animals (1872), Darwin had discussed the heritability of habitual gestures. There, he cited at length a remarkable case related to him by his cousin, Francis Galton. Galton, a distinguished scientist in his own right, was keenly interested in the inheritance in humans, and the two men often shared findings and theories. Darwin quoted Galton in The Expression of the Emotions on page 33: “A gentleman of considerable position was found by his wife to have the curious trick, when he lay fast asleep on his back in bed, of raising his right arm slowly in front of his face, up to his forehead, and then dropping it with a jerk, so that the wrist fell heavily on the bridge of his nose. The trick did not occur every night, but occasionally, and was independent of any ascertained cause. Sometimes it was repeated incessantly for an hour or more. The gentleman’s nose was prominent, and its bridge often became sore from the blows which it received. At one time an awkward sore w as produced, that was long in healing, on account of the recurrence, night after night, of the blows which first caused it. His wife had to remove the button from the wrist of his night-gown as it made severe scratches and some means were attempted of tying his arm.”

Galton went on, “Many years after his death, his son married a lady who had never heard of the family incident. She, however, observed precisely the same peculiarity in her husband, but his nose, from not being particularly prominent, has never as yet suffered from the blows. The trick does not occur when he is half-asleep, as, for example, when dozing in his arm-chair, but the moment he is fast asleep it is apt to begin...” Galton further noted that the behavior had been passed down to the son’s daughter. Darwin’s letter offered here reveals that he learned, after the publication of Expression of Emotions, that yet another generation has acquired the remarkable habitual behavior!

This fascinating letter demonstrates the lengths to which Darwin went to gather data and present examples for his writings. His published books reached a wide audience, producing additional correspondence with yet more evidence for his theories. The letter is also noteworthy for being signed in full, "Charles Darwin", instead of with Darwin's more frequently used abbreviated signature.