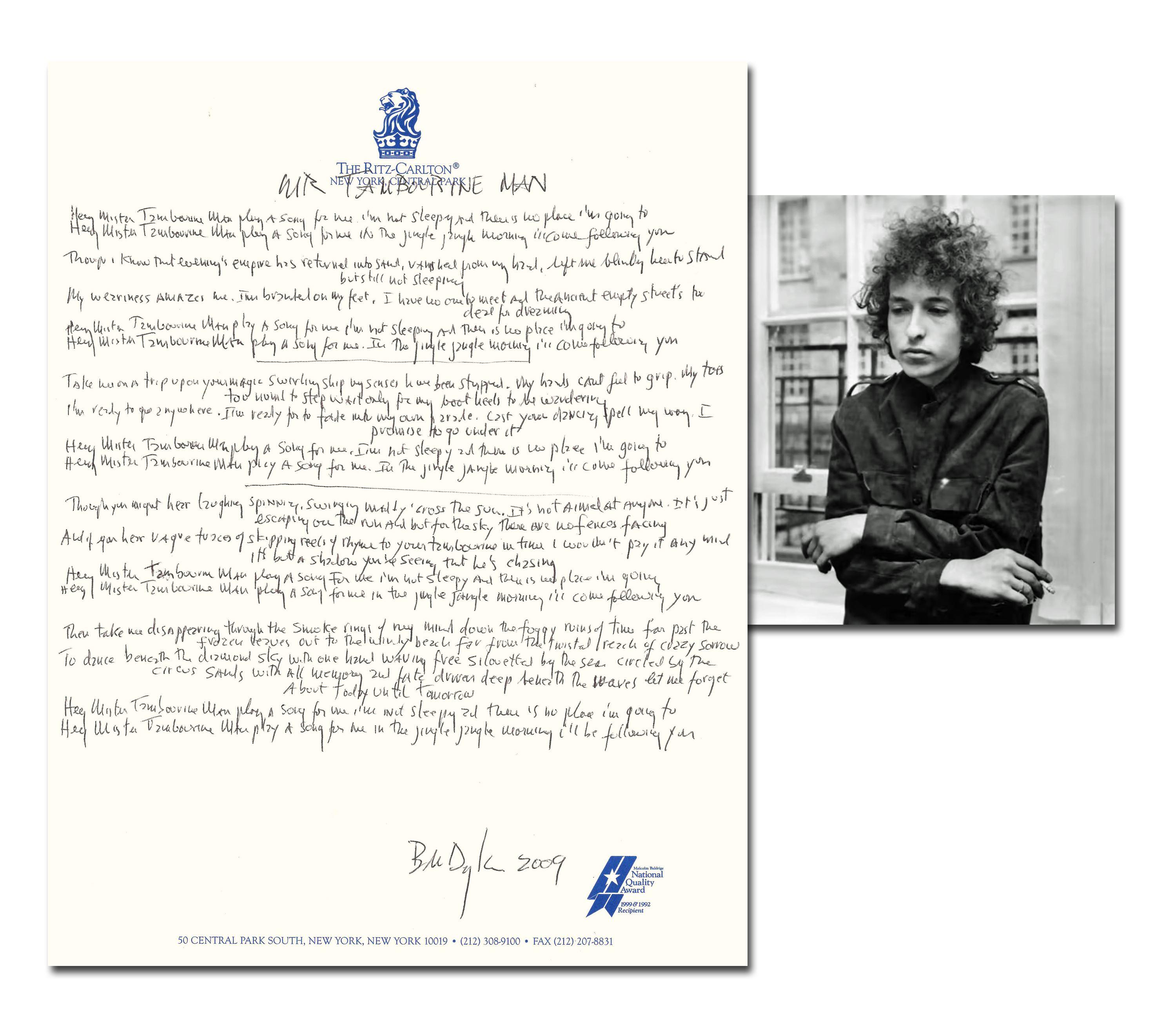 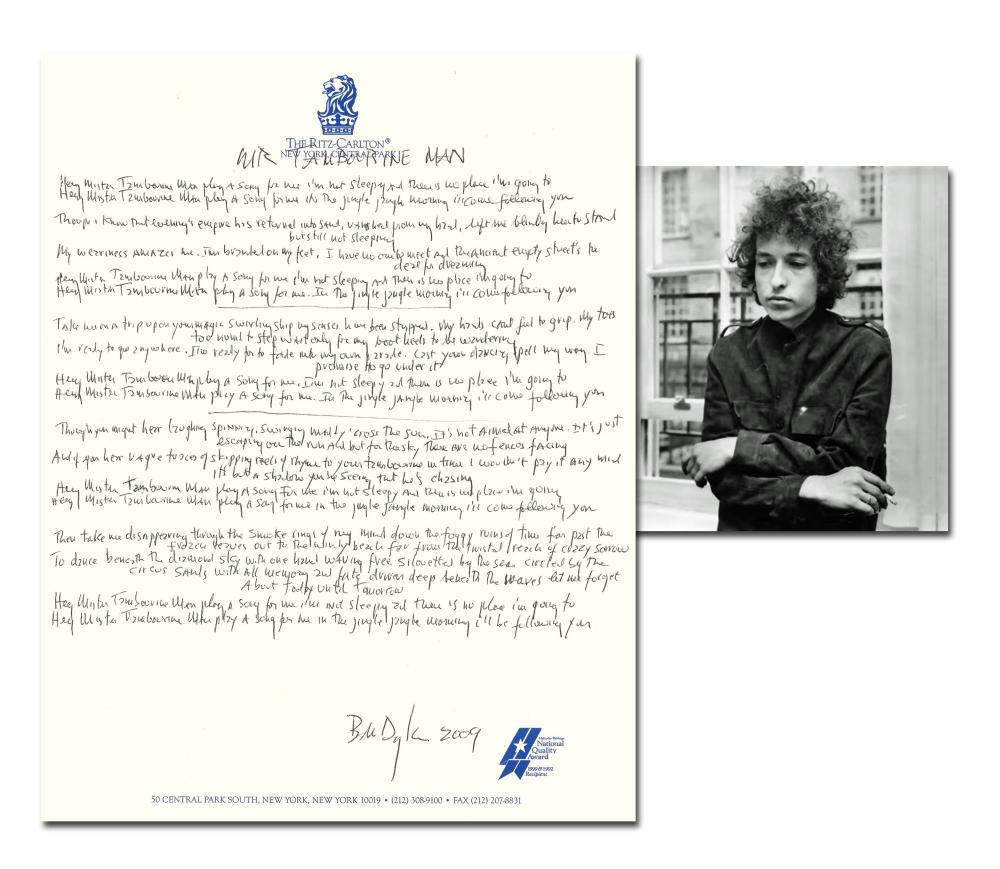 "Mr. Tambourine Man", written and composed by Dylan, was originally released on his 1965 album "Bringing It All Back Home", and is considered one of Dylan's most important songs. The song's popularity led to Dylan recording it live many times, and it has been included in multiple compilation albums. It has been translated into other languages and has been used or referenced in television shows, films, and books.

The song has been performed and recorded by many artists, including The Byrds, Judy Collins, Melanie, Odetta, and Stevie Wonder, among others. The Byrds' version was released in April 1965 as their first single on Columbia Records, reaching #1 on the “Billboard Hot 100” chart, as well as being the title track of their debut album, “Mr. Tambourine Man”. Both Dylan's and the Byrds' versions have appeared on various lists ranking the greatest songs of all time, and both versions received Grammy Hall of Fame Awards; The Byrds in 1998, and Dylan in 2002.