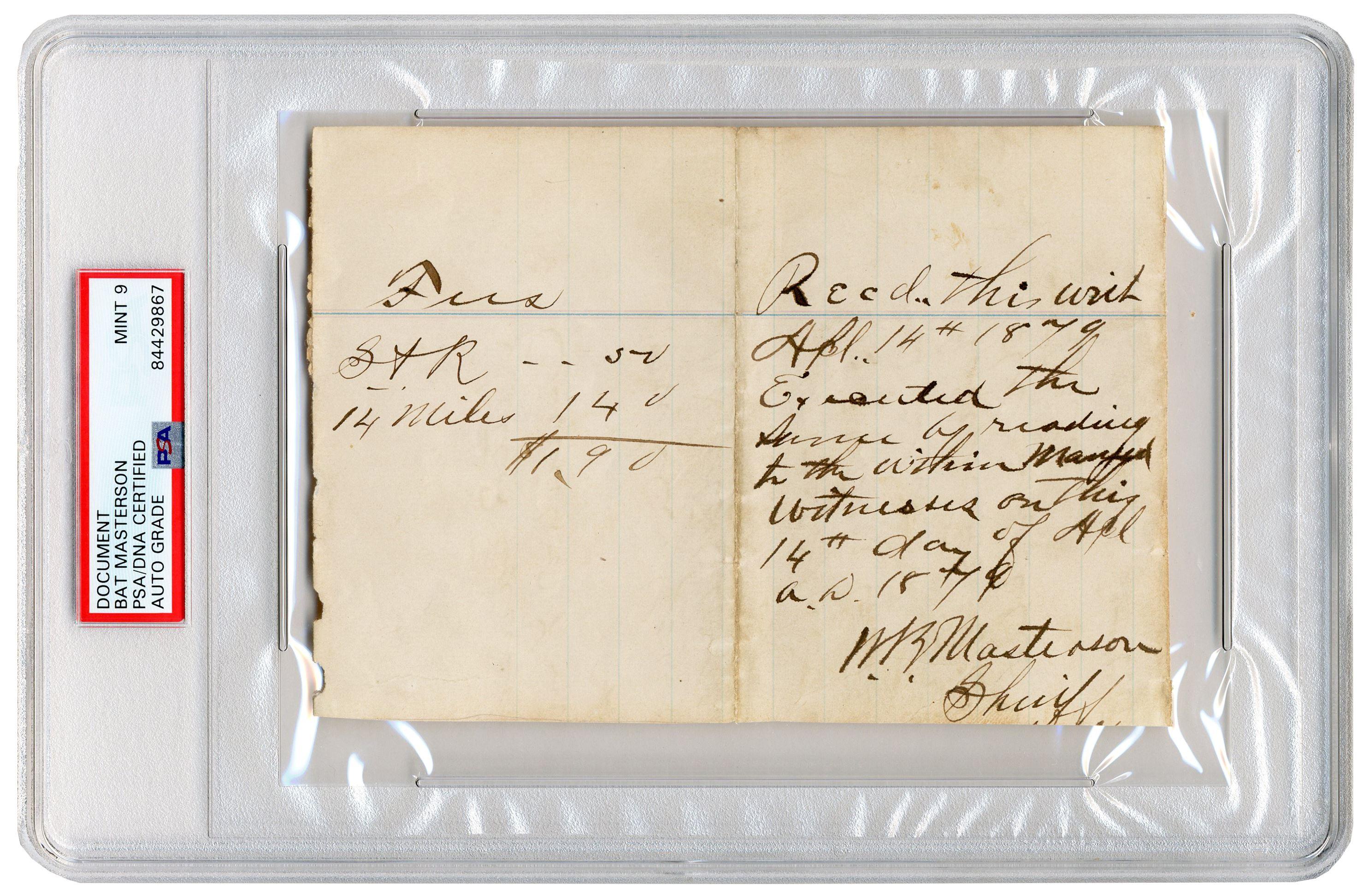 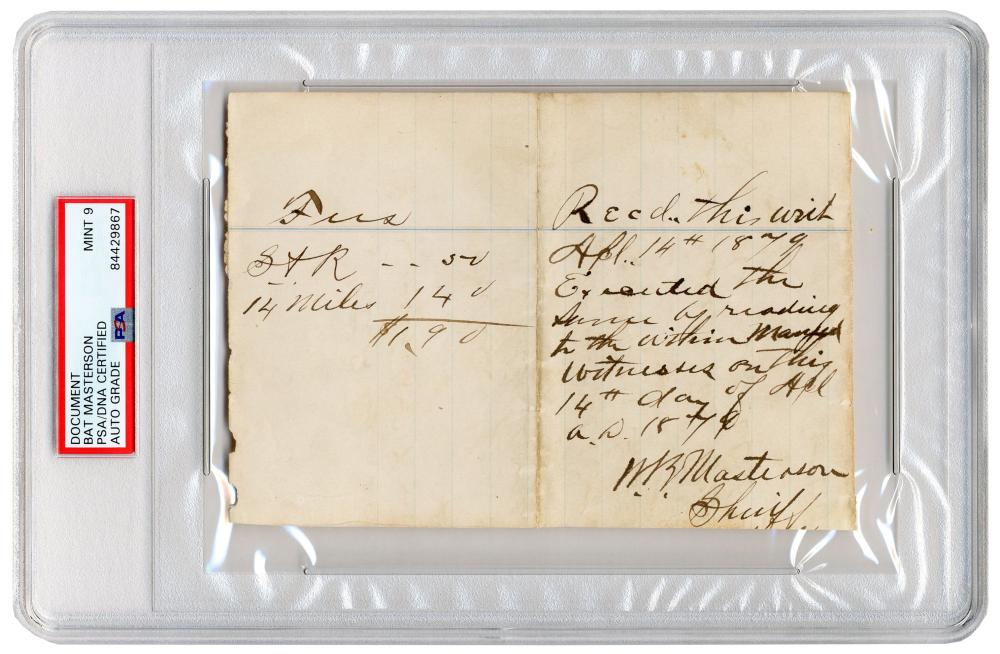 Bat Masterson was only 25 years old when he signed this document, but he was by no means inexperienced in law enforcement. He had served as the undersheriff or deputy of Charlie Bassett, the City Marshal of Dodge City, Kansas, in the summer of 1877. Masterson was elected as the sheriff of Ford County, in southwestern Kansas, on November 6, 1877, and would remain in this role until November 1879, when he lost reelection following the Royal Gorge Railroad War.

In April 1879, then, Masterson was drawing towards the end of his 2-year term as sheriff, and was also on the cusp of a very interesting period in his career. During the so-called Royal Gorge Railroad War, Masterson moonlighted as the commander of a posse of seasoned gunfighters recruited to defend the interests of the Santa Fe Railroad in a territorial dispute with the rival Denver & Rio Grande Western Railroad at Royal Gorge, a canyon of the Arkansas River near Pueblo, Colorado. By some accounts, Masterson's freelance vigilantes even included Doc Holliday. The conflict between the two railroad companies escalated to a shoot-out between forces in June 1879, when Masterson and his posse surrendered outside of the Santa Fe roundhouse in Pueblo. Historians have posited that one of the reasons Masterson lost reelection as sheriff was because of his absenteeism during the previous summer. Pueblo was over 290 miles away from Ford County, in central Colorado!