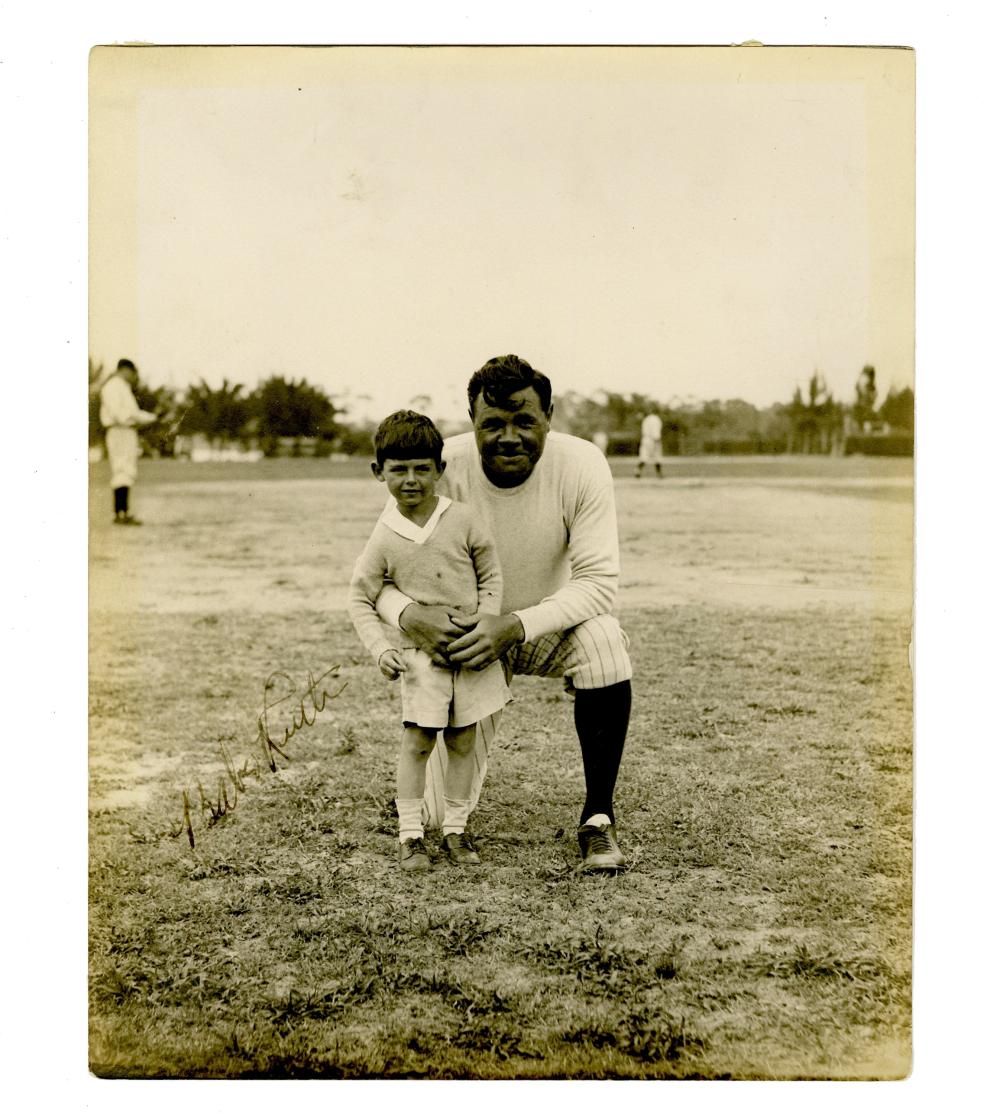 Measuring 8" x 10", no place, dated Ca. 1935. A fantastic photograph of "The Bambino", Babe Ruth, squatting down to pose with a young boy identified as William Grice Bogg on verso. Ruth is wearing his player's uniform pants and socks but not his jersey. In the background are a number of unidentified players seen practicing. With rounded, worn corners. Toned and lightly bumped edges. Light soiling in places. Mounting remnants at the top edge on verso. From the Estate of Bill Bogg (the small child in the photograph). For those of you who are passionate baseball fans, our auction is also offering a signed Lou Gehrig photograph in addition to this one.

As a member of the Yankees “Murderer’s Row” lineup, Ruth earned renown from his towering home runs and larger-than-life personality under the bright lights of “The House That Ruth Built”. Ruth led the American League in home runs 12 times, while also winning an American League ERA title in after going 23-12 with a 1.75 ERA for the Red Sox in 1916. Ruth was inducted into the National Baseball Hall of Fame in 1936, as a member of its charter class.