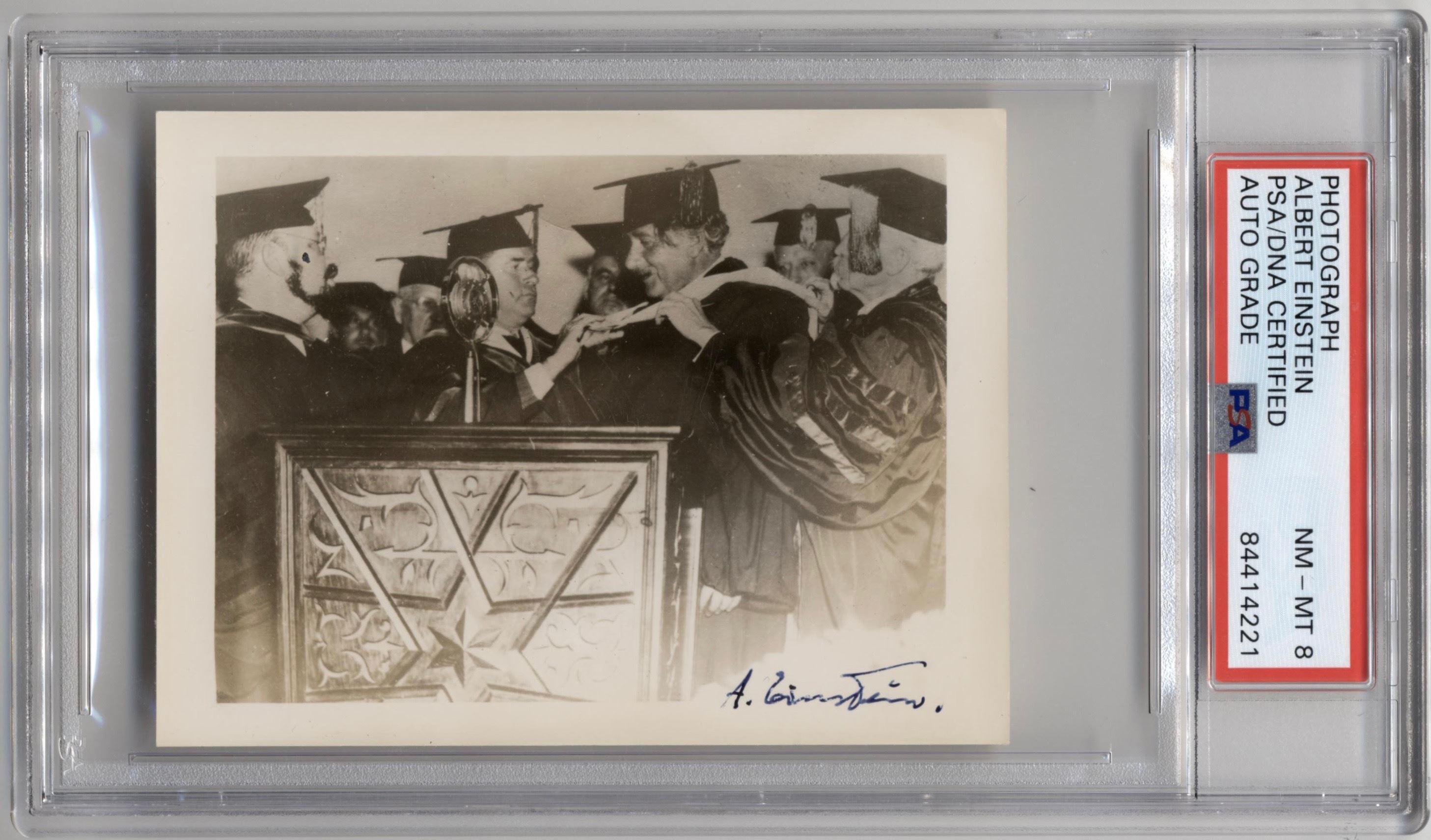 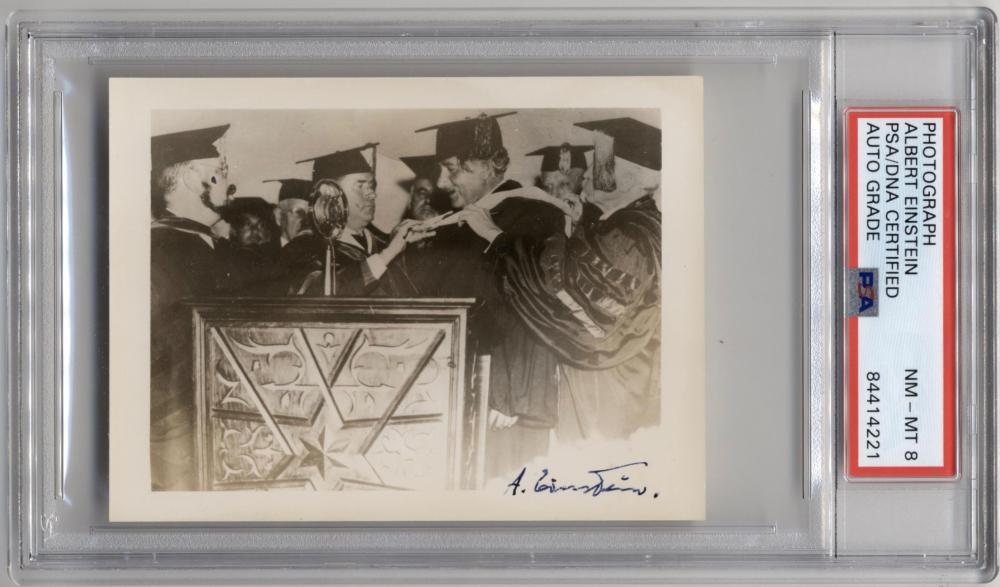 On October 8, 1934, the founding president of Yeshiva College, Dr. Bernard Revel, conferred an honorary degree upon Albert Einstein at the formal opening exercises of Yeshiva College for the academic year 1934-1935. The college auditorium was crowded to capacity with over 1,500 persons including New York Governor Herbert H. Lehman who welcomed Prof. Einstein. Opening his address of acceptance of the degree, Einstein remarked, with a smile, that he was certain that the previous speakers were describing "a mythical person who did not exist" and that he did not merit the high praise given him.

Einstein spoke briefly in German which was translated into English by Herman Bernstein, an American writer and Jewish activist. Einstein said, in part, "I am genuinely pleased and gratified to receive this distinction from the Yeshiva College, from an institution of learning and research, which has been established by American Jews through their own efforts ... We all know that the Jewish people has sustained itself through two thousand years of severe hardships because it has regarded a tradition of love for the spiritual and the moral as its highest possession. Not external success, but a deep spiritual perception of life has been considered by it as the most desirable attainment. Such a tradition is especially held in high esteem by the Eastern European Jews who live together in close communities..."