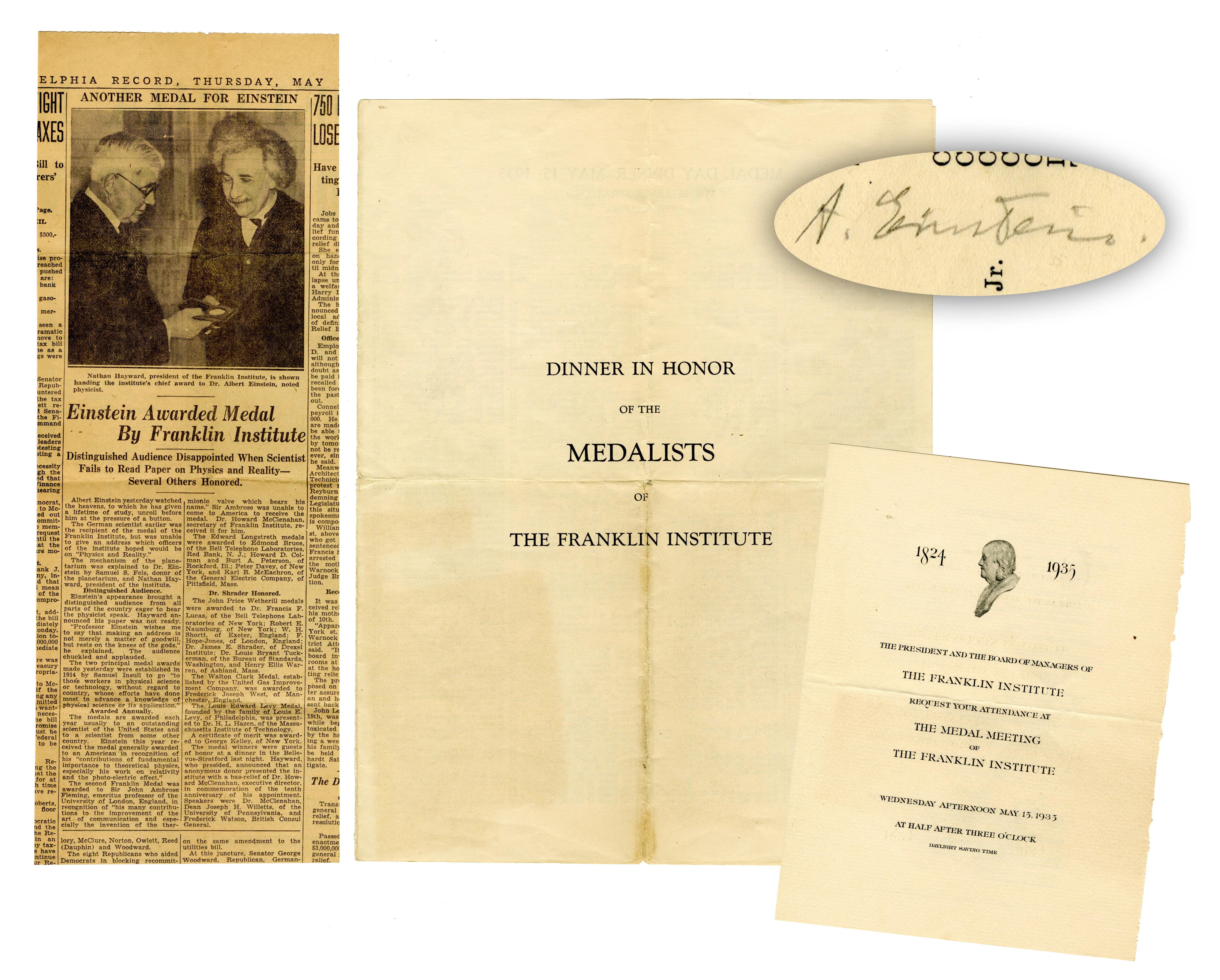 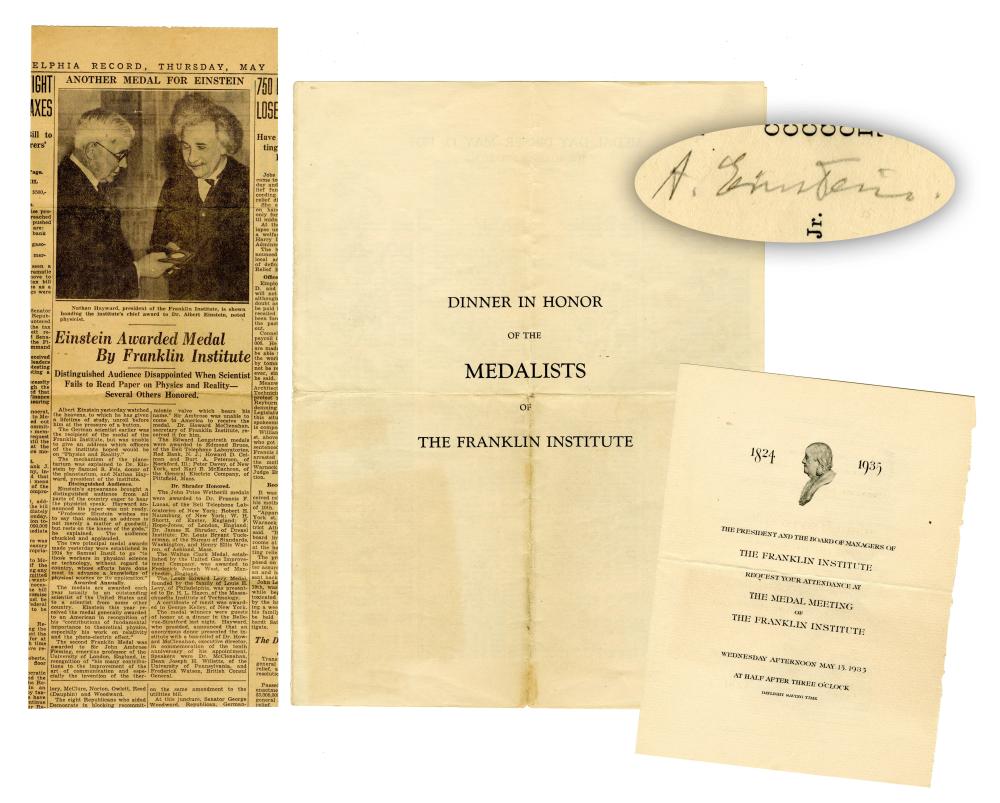 2pp of a bifolium, measuring 9.5" x 12.5", Philadelphia, dated May 15, 1935. A dinner program signed "A. Einstein" in pencil on the third page. The event was held at the Bellevue-Stratford in honor of the Medalists of the Franklin Institute. Einstein was awarded the Franklin Medal and a Certificate of Honorary Membership and was seated at the Head Table. He was also meant to present a paper on Physics and Reality but was unable to for unknown reasons. The program is offered together with an invitation to the dinner as well as a newspaper clipping from the event, with an article titled "Distinguished Audience Disappointed When Scientist Fails to Read Paper on Physics and Reality - Several Others Honored." All three items have flattened folds. The signed program has separations and small holes and tears at the edges and folds. Light soiling throughout. With an attractive and clear signature. The newspaper clipping is toned throughout.

In 1935, Albert Einstein was awarded the Benjamin Franklin Medal in recognition of his outstanding fundamental contributions to theoretical physics, especially his work on Relativity and the Photo-Electric effect. According to Time magazine, "A throng of scientists and dignitaries was assembled to hear what the medalist had to say. Einstein genially informed the chairman that he had nothing to say, that inspiration for which he had awaited until the last moment had failed him. The chairman, much more embarrassed than the medalist, conveyed this information to the audience." It seems that as a way to amend his failure to present a paper at the dinner, Einstein wrote a 44-page essay entitled "Physics and Reality," published in the March 1936 issue of the Journal of the Franklin Institute.